Art and politics mix it up at Gravity cabaret 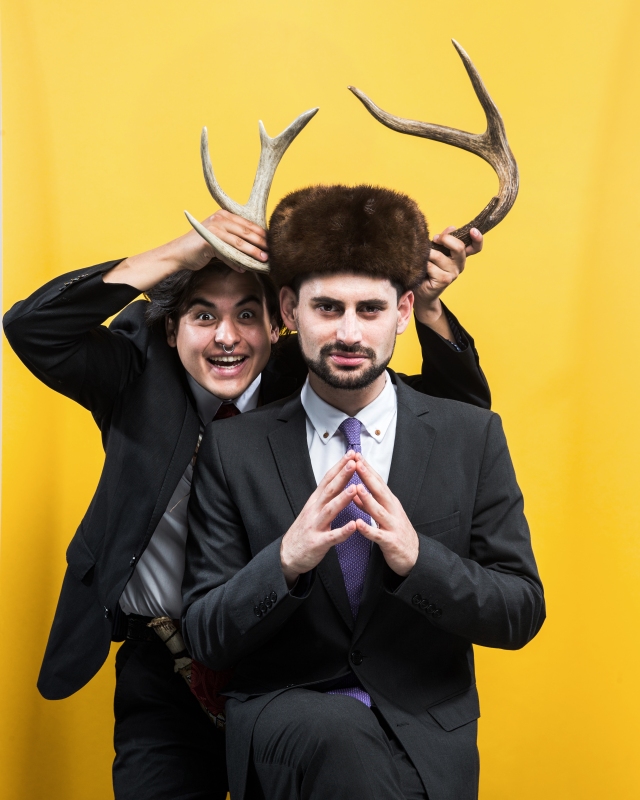 The situation is … grave. And getting graver.

Yup, Gravity, “the cabaret of art and politics” that made its debut 18 months ago, has a lot to work with this time out.

We’re at a moment in history, when time seems to be unspooling backwards into the 1950s at a great rate and chaos seems nigh. Monday night at Metro Cinema, Edmonton’s merry band of theatre, dance, comic improvisers, visual and spoken word artists, filmmakers step up to create new work that explores the situation. The “Trump Edition” of the cabaret is created jointly by Theatre Yes artistic producer Heather Inglis and Mike Hudema of Greenpeace Canada.

“We thought it might be a colossal disaster,” says Inglis cheerfully of Gravity’s debut edition, poised between the 2015 NDP Alberta win in the spring of 2015 and the Liberals’ federal win that fall.  “But 300 people showed up. It was an exciting evening!”

“How different everything feels, since that exceedingly optimistic fall,” she says. “The last few months have been quite devastating for people. We’re providing a platform for artists to express their reactions….”

“A great diversity of artists,” as Inglis puts it, stepped up to the call for “unabashedly opinionated responses.” So the political discussion will be far-ranging: immigration bans, disability access, gender fascism, the environment….

There are poets: the Somalian spoken word poet Ahmed Knowmadic, a winner in the recent Canadian Festival of Spoken Word, and Edmonton Youth Poet Laureate Nasra Adem, among them. There are theatre artists: Nicole Schafenaker and Kate Stashko have fashioned a dance piece about over-consumption. There’s an Adam Bentley film about Inuit culture, and a Danielle Peers film about disability and access.

“There’s a lot of fertile material at the moment,” says Gorodetsky drily. He and Houseman, who take cues from the audience for their unique Folk Lordz improv, are also the joint mc’s of the evening’s entertainment.  “We’ll be increasing tension, or releasing it — as necessary!”

Gravity: A Cabaret of Art and Politics (Trump Edition)

Tickets: metrocinema.org or at the door

This entry was posted in Previews. Bookmark the permalink.
Loading Comments...