Fun with the famiglia: Farren Timoteo talks about Made in Italy 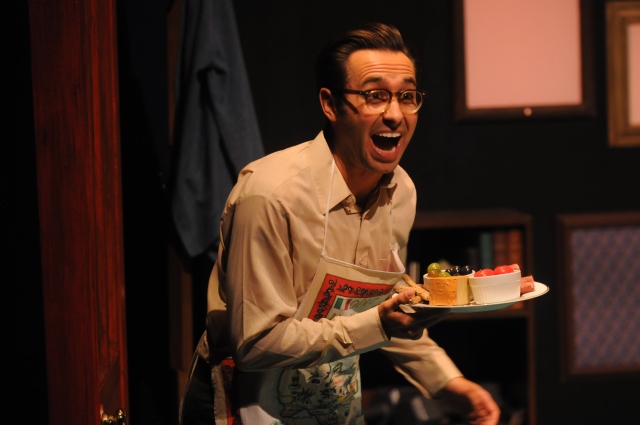 Farren Timoteo, Made In Italy. Photo by Murray Mitchell.

When Farren Timoteo was seven years old, he arrived home from school one day to be greeted by his dad with the following (delivered in a portentous tone): “I think you’re old enough now.”

Luigi was holding two VHS tapes, and he put them on: Rocky and Rocky II. It was, says Timoteo, “an important coming-of-age moment. A cultural moment.”

As he explains, Rocky finds its way into Made In Italy, his one-man show inspired by the story of his Italian family. It gets its Edmonton premiere Thursday in the Citadel Club. It’s a turning point for the young protagonist, who’s having a tough time of it growing up Italian in a small, virtually Italian-less Alberta town. “In Rocky Francesco finds the Italian role model he’s looking for.” 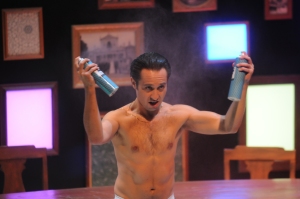 As for the young Timoteo himself, “I flipped out for Rocky. I was a Rocky freak! We had to rent it every week,” he laughs. “What I really wanted to do was a Rocky play with my friends. Which really meant jumping around on a mattress in the basement…. I remember going round to all the neighbours to invite them. Nobody came. And thank god for that! Except for my mom, of course….”

He laughs. “Well, it’s pretty weird to be 33 and still jumping around on mattresses…. But I get paid to do it!”

Maybe it was only a matter of time till the actor/ director/ artistic director/ playwright created a show inspired by the Italian family he grew up in. Looking back on it one morning last week — his day off from the acrobatic challenges of a sensational performance as pirate king Black Stache in Peter and the Starcatcher — he muses that there were signs everywhere.

“As a performer I’d impersonate my family for laughs. For them.” In high school, he did stand-up “using my Italian family as material.” When he auditioned for the Christmas pageant in high school, he did original vignettes of “Italians at Christmas.” In theatre school, when there were solo performance sketches to be created, Timoteo’s were Italian.

When Timoteo and his Alberta Opera partner (the late Jeff Unger) were creating their cheeky original fairy tale musicals, they lighted on the bizarre convolutions of Carlo Collodi’s Pinocchio. And they went Italian, in both book and music. “It was one of those markers,” says Timoteo.

He went back to his alma mater to direct Light in the Piazza, the Craig Lucas/ Adam Guettel musical set in Florence and galvanized by the seductive idea of Italian romance. And he was in the Theatre Calgary production of last season.

And OK, more recently, there’s this (and, ladies and gentlemen, can it be mere coincidence?): In Peter and the Starcatcher, the Mollusks, exotic island cannibals led by Fighting Prawn, speak a lingo derived exclusively from Italian cuisine. Every night while Timoteo was bringing down the house as Black Stache, he’d hear exclamations like “manicotti!” and “prosciutto!” float by. And even, in an improbable Act II plot development, “pasta fazool.” Says Timoteo, it’s always been my favourite! I’ve learned to make it!”

Inevitable, really, that Made In Italy would come to pass. Especially since Timoteo had a fascinating story to work with. “I started to understand that my family had a really unique story,” says Timoteo. “Emigrating specifically to Alberta, and what that was like for them. My father’s story growing up in a small-town with not many Italians at all….”

That would be Jasper, AB. where Timoteo’s grandfather had arrived from Abruzzo in the ‘50s, with the idea of getting a job (he did, on the railway), bringing his family, creating a better life. 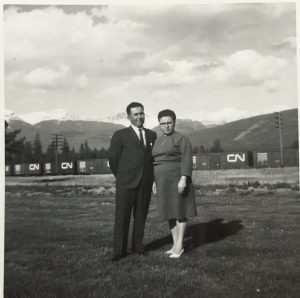 “I had never considered before that it might have been difficult to be Italian,” Timoteo says. “My whole life has been pretty awesome. It’s great to be Italian! And I’d never considered there’d be a time and place when it wasn’t…. I took a bigger interest in my family than ever before. And, theatre aside, that was such a beautiful thing to be doing.”

“So I had this idea for an Italian-themed show,” says Timoteo, born and raised in Edmonton. “But I told Patricia (his actor wife Patricia Zentilli), I couldn’t even consider doing it till I’d been to Italy,” and specifically Abruzzo, ancestral home of the Timoteos. Then, for his 30th birthday, just after his Sterling Award-winning turn in the Citadel’s Spamalot (significantly, as a knight who is more interested in singing than fighting), it happened.

And his last excuse for delay was gone, as Zentilli reminded him. That’s when Daryl Cloran, then the artistic director of Western Canada Theatre in Kamloops, got involved as director and dramaturg. And Made in Italy had its premiere run in Kamloops.

Since then Cloran has moved to Edmonton, Timoteo’s home town, to be the Citadel’s artistic director, just the kind of plot loop you find in  screwball comedies or O. Henry short stories.

“This is what I know; this is what I think I know; this could happen next….” That’s how Timoteo describes his starting point two years ago, when the fictionalizing impulse took over. “A lot was invented and a lot really did happen; it’s a jumble!” he smiles.

The names are changed; the Timoteos have become the Mantinis. And “there’s no Farren or Farren-like character in the show…. It’s  about the relationship between an Italian father who emigrated from Italy and his teenage son who grew up in Jasper in the ‘70s.” So, “two perspectives and in two different time lines.”

The father has striking resemblances to Timoteo’s beloved Italian grandfather, who passed away last July. “I don’t really impersonate him. But his spirit is very much alive in Salvatore:  spunky, loved kids, loved to laugh, really joyous and passionate, made his own wine.. just a huge lust for life! And I get to carry that with me onstage.” 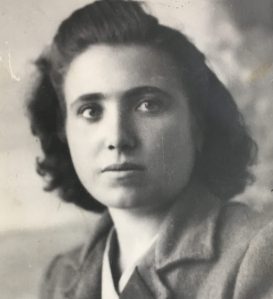 “There was always going to be music!” Timoteo says happily, of a show where, yes, there’s disco! In this he was partly inspired by his dad Luigi, “a musician to this day,” who sang and taught himself the guitar (his band recently had a reunion). “Music is important to him and important to me…. Maybe it’s all those musicals I’ve written, and seeing the energy music brings to a show.” he says thinking of all the insubordinate musical versions of fairy tales he’s created for Alberta Opera.

Timoteo has fond childhood memories of huge Italian dinner parties. “Relatives from all over the province would come. The Timoteos of Jasper would be there (laughter); yes, relatives, including my grandmother’s sister, still live there. And they’re coming to the show!” 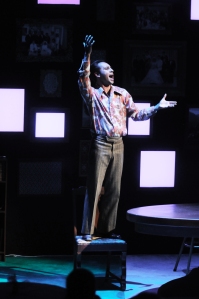 Farren Timoteo, Made In Italy. Photo by Murray Mitchel

It seems absolutely right, therefore, that Cory Sincennes’ set would be “a great big Italian dining room, with a huge dinner table, and a back wall plastered with photos of Salvatore’s family — “that just happen to be pictures of my family.” And Timoteo, who plays 19 characters in all — mostly older than Francesco and “mostly amalgams” — has created “a dinner table scene I just love to do, where I play everyone!”

In preparation for Made In Italy Timoteo researched one-man shows of every possible kind: stand-up comedians, pop stars, dance solos,  “anything where one person was on the hook to tell the whole story.” He studied Justin Timberlake concerts, Spalding Gray’s Swimming to Cambodia, Billy Bishop Goes To War. Ah yes, and Métis Mutt, a brilliant one-man show by Edmonton’s Sheldon Elter.

“I wanted to create something that’s fun and is a one-person show for a reason, not just because I wanted to tell it by myself,” he smiles. There were more than a few times when he thought “hey, I could solve this (problem) with another performer”.

“And I had to ask ‘would that be better?’ It made me have to justify my sense that it needed to be told by a one person. And in the end, I think, it paid off.”

“I have such a personal connection to the material,” says Timoteo. His grandfather’s passing is on his mind. “We’re a short people…. It was very sad, but I looked at him and thought ‘he’s done SO much with this life, this little body….”

” I get to be in a profession with our own ways to say goodbye.”

Written by and starring: Farren Timoteo

Directed by: Daryl Cloran, in association with Western Canada Theatre

Running: Thursday through May 6