Dungeons and Dragons, and other theatrical matters 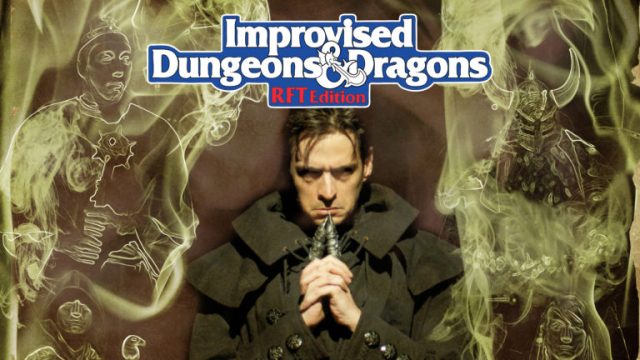 The Hey Ladies! ladies, who have opinions on all manner of subjects, products, people, hair, harvesting of pulses, modern dance, types of cocktails, etc. take over the Roxy on Gateway (8529 Gateway Blvd.( Friday  (8 p.m.) for their Mother’s Day edition. Cathleen Rootsaert, Davina Stewart, and Leona Brausen all have one. Mother that is. So does their male colleague Noel Taylor.

Anyhow, in addition to celebrating mothers, the last Hey Ladies! of the season will have its usual assortment of comedy, prizes, games, chats, musical interventions, etc. It is, after all, a live infotainment variety show that resists more precise categories. Musician/actor Eva Foote is a special guest, along with fermentation specialist Erin Smandych of Culinary Nutrition.  Tickets: 780-453-2440, theatrenetwork.ca.

Walterdale Theatre, Edmonton’s venerable community troupe doesn’t shy away from grand-scale or classic, to be sure. And, hey, their upcoming summer musical in July is Sondheim’s Follies, for heaven’s sake. But they’ve always been hospitable to new plays by local writers (as playwright Brad Fraser, a beneficiary of this spirit in his youth, has pointed out).

Simpson’s Portrait of a Family Dinner and Richardson’s Guenevere, directed by Laura Ly and Eric Smith (respectively) play nightly Monday May 15 through Saturday May 20, 8 p.m.  Tickets: TIX on the Square (780-420-1757, tixonthesquare.ca).

The 2017-2018 season at Walterdale locates women — and their struggles to find a satisfying, equitable place in the world — dead centre.

The community theatre, where the door is always open, launches with a door slam — the one that reverberated through the 19th century. It comes at the end of Ibsen’s A Doll’s House, when its heroine does something entirely radical when she leaves her husband and children in search of her own happiness. Alex Hawkins directs the production that runs Oct 11 to 21.

The prospects of the women in Shatter, by Canadian playwright (and former Edmontonian) Trina Davies, in love and life are up against a tragedy, the Halifax Explosion of 1917. Josh Languedoc directs (Dec. 6 to 16).

The Women, Claire Booth Luce’s razor-sharp 1936 comedy, casts its beady eye on Manhattan socialites and the gossip that fuels and poisons their lives. Men are talked about, and never seen. Catherine Wenschlag directs the Walterdale production that runs Feb. 7 to 17, 2018.

Blue Stockings, a 2013 play by the English writer Jessica Swale, stars four women who have to overcome horrifying odds to graduate from Cambridge’s Girton College in 1896. Laura Ly directs (April 4 to 14, 2018).

The 2018 summer musical is Next To Normal, the Brian Yorkey/Tom Kitt groundbreaker that explores, in explosive rock music, the ripple effects of a mother’s bipolar disorder on her family.