True, the unpredictability factor is built into the 220-show edition of the Edmonton Fringe that opens Thursday. But hits do have a way of showing up again. Will they be back in buffed-up, revised, re-muscled, enhanced form? Maybe, maybe not.

In the lineup, I noticed a smattering of shows I’ve seen and enjoyed before, in past summers. Here’s a selection…

The Exquisite Hour. A gem One of my favourites of all the Stewart Lemoine canon returns to the Fringe as part of Teatro La Quindicina’s 2017 summer season. When the playwright’s only two-hander premiered, in 2002, it was Teatro’s temporary farewell to the Fringe, a momentous threshold in itself. And everything about this beautiful and insightful little real-time piece seemed to open new vistas — for the playwright, the actors, the characters. When a mysterious woman arrives in the backyard of an unassuming “supervisor of merchandise receiving” one summer evening and asks him politely “will you let me have this hour?”, nothing can be the same.

Jeff Haslam is back in the role of the “ordinary” man who discovers the possibility of the extraordinary. He originated Mr. Zachary Teale in the 2002 premiere (with Kate Ryan) and resumed in the 2013 revival, with Belinda Cornish, who returns, too, as Mrs. Darimont.

Weaksauce. If you’ve never seen a show by Sam Mullins, one of the country’s best monologuists, you’re now in a position to fix that. Give yourself a treat. There’s something compellingly natural about the way he mines his own experiences, and turns them into something fresh. Weaksauce takes us into the strange new topsy-turvy world of his 16-year-old self, who falls in love for the first time. The coming-of-age turf is familiar; it’s exploration by Mullins feels fresh and newly discovered. 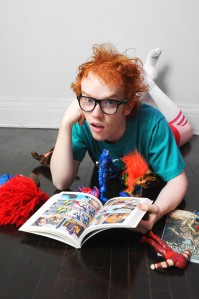 Redheaded Stepchild: Johnnie Walker was a delight as a much-persecuted 11-year-old carrot-top in this hilarious and poignant coming-of-age 2012 solo show from Toronto’s Nobody’s Business Theatre. You’ll never see an adult play a kid — a danger-fraught enterprise — with more unforced charm. 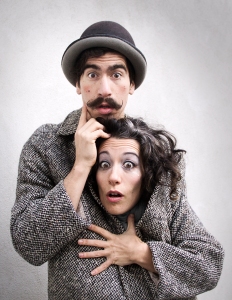 Falling Awake. Last summer I was enchanted by a strangely surreal little physical comedy from the Vancouver duo Ragmop, beckons you into a dreamworld where memory and fantasy get to play by their own elastic rules. It’s back to play along the frontier between waking and sleeping. Funniest sex scene at the Fringe (until proven otherwise). Bonus: you get to use the word “surreal” with impunity. 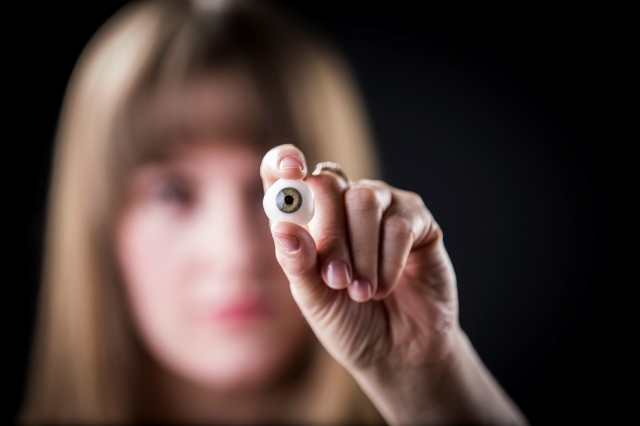 Blindside. I loved this charmer when I saw it last year in Winnipeg.  In one way Stéphanie Morin-Robert’s memoir is an ode to childhood resilience — she gave up her left eye to cancer at age two — but it stands apart from that repertoire for its wry sense of humour, its unexpected bounce, its playful end-run around sentimentality. She’s very apt to pop out her glass eye and enjoy it when we flinch. Apparently, the creator/performer (who’s also in the highly original two-hander The Merkin Sisters) has re-written and re-worked for this return engagement at our Fringe.

Jem Rolls in The Inventor Of All Things. Photo supplied.

The Inventor of All Things. The virtuoso performance poet Jem Rolls directs his fierce verbal dexterity at a subject as compellingly eccentric as his own performance style. Leo Szilard was the Hungarian physicist who devised the science of the atomic bomb, and then, in an act of little-known heroism, figured out how to keep that knowledge from Hitler. But that’s not all he was. Rolls’ show is an homage to unstoppable, multi-faceted creativity, and its unexpected byways.

The Pre-History of Moses P. For years the South African storyteller Erik de Waal has delivered Fringe audiences vivid glimpses into a richly variegated culture and its traditions. And he’s done it in a sonorous, incantatory style like no other. His kids’ stories feature animals. His adult shows, like The Pre-History of Moses P (here half a dozen Fringes ago), explore the high cost of a human culture arranged and separated strictly by colour. I remember this show for its weave of two storylines that come together with tragic force.