Romeo and Juliet … A Fringe review by Marc Horton 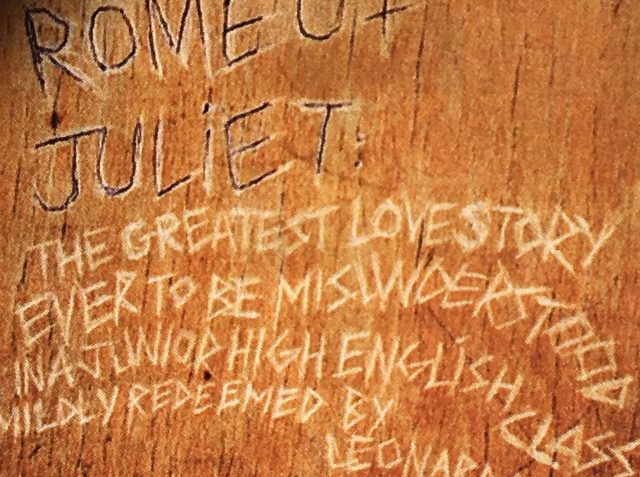 Romeo and Juliet: The greatest love story ever to be misunderstood in a junior high English class, mildly redeemed by Leonardo DiCaprio before finally coalescing upon middle aged reflection of a passionate early adulthood mistake (Stage 1, Westbury Theatre)

At one point in this energetic iteration of Shakespeare’s greatest love story, the audience is asked by one of the dozen-or-so hoofer/actors up there on stage: “Is this entertaining?”

Dangerous question. Not so easy to answer but, yes, it is, at least for the most part.

The production with the longest name at this year’s Fringe – long titles are a hallmark of writer/director Jake Hastey’s Toy Guns Dance Theatre – has too few laugh-out-loud moments countered by too many confusing ones. This is Romeo and Juliet pared to the bare essentials with the parts judged to be extraneous replaced by fun, sometimes very clever, dance and movement performance.

And to Hastey’s credit and that of his accomplished cast, the final moments of his Romeo and Juliet are surprisingly moving, considering that much of what has come before has been played for yuks, cheap and otherwise.

But, hey, this IS Romeo and Juliet and star-crossed and doomed lovers SHOULD be moving.

This is also the Fringe and yuks are not only expected in productions like this, but are demanded. Hastey doesn’t let his audience down.

Some laughs are of the bargain variety, but they are laughs nevertheless. For example, the opening brawl between followers of the Capulets and Montagues is fought in slo-mo between two performers who clearly understand the rudiments of a pre-fight stare-down between two heavyweight prizefighters. It’s smart stuff.

The sword play continues with pool noodles standing in for the usual cut-and-thrust from the more traditional épées.

Fun, too, is the moment when a dancer who introduces herself as Juliet confesses that she doesn’t really know how she smells – a rose by any other name would smell as sweet, of course – but someone up on stage really stinks.

“That’s bullying,” she’s admonished, and stripped of the role of Juliet.

Tribute is also paid to other versions of Romeo and Juliet with an acknowledgement or two tossed in the way of film director Baz Luhrmann’s 1996 DiCaprio movie with Claire Danes. And Mrs. Capulet sings the opening bars to the ballad Maria from West Side Story, the Bernstein/Sondheim take on R and J.
In the end, the Bard here is subjected to drastic editing, some of it just a bit too heavy-handed for those who might prefer a little clarity with their Shakespeare.

Marc Horton is the former movie reviewer and books editor for the Edmonton Journal. He is also a veteran Fringe reviewer.