“And the wall keeps out the enemy/ And we build the wall to keep us free….”

In Hadestown, the Broadway-bound musical whose out-of-town opening happens at Edmonton’s largest playhouse the Citadel (Nov. 11 to Dec. 3), desperate people in desperate times wrap their hopes around desperate solutions. Ring a bell?

And, in Rachel Chavkin’s much-awarded re-imagining of the Orpheus myth — spun from a 2010 concept album by singer-songwriter Anaïs Mitchell — Eurydice is torn between her summer love for a dreamy poet-musician and the pragmatic winter seductions of a subterranean industrial magnate who runs a walled, soulless underworld of employment and, well, warmth. She chooses.

There’s a creative tension that speaks to theatre artists everywhere (and in every time, as you’ll see from a certain up-start playwright’s struggles in Shakespeare in Love, opening Thursday at the Citadel). And it’s a theme that ripples through the season about to happen on Edmonton stages of every size, shape, provenance, aesthetic and personality after another record-busting Fringe.

Let’s sneak a look — a highly selective one — at the spectrum of intriguing possibilities for your upcoming nights out in Edmonton theatres this season.

The heroine of Brenda McFarlane’s Slut, at Northern Light Theatre April 5 to 14, is a middle-aged woman whose zest for sex, and her democratic zeal for playing well with others, get her in trouble with the neighbours. She’s accused of running a brothel — until she proves she’s a slut. Michelle Todd stars in Trevor Schmidt’s production.

Collin Doyle, the highly accomplished Edmonton-based playwright who’s the reigning monarch of the long lead time, has not one but two plays opening this season.

At Shadow (Jan. 17 to Feb. 4), Doyle’s Slumberland Motel, which won the Alberta Playwriting Competition fully 11 years ago, gives us two chronic underachievers Ed and Edward (Julien Arnold, Reed McColm), a couple of disappointed vacuum cleaner salesmen on the road sharing a shabby motel room. The arrival of a mystery woman from the next room (Aimee Beaudoin) might transform their world.

At Edmonton Actors Theatre (May 10 to 20), Sterling Award-winning Dave Horak directs Doyle’s latest, Too Late To Stop Now, the finale of a trilogy that includes The Mighty Carlins and Routes. John Wright returns to the role of the prickly booze-soaked Father Knows Worst, in a production that includes Maralyn Ryan and Cole Humeny. “I’ve been a huge fan of Collin’s for a long time,” says Horak. “Vern (Vern Thiessen) at Workshop West brought us together to workshop the piece earlier this year and it sort of haunted me.”

Trina Davies’ The Romeo Initiative, opening on the 2018 SkirtsaFire Festival mainstage (March 1 to 11), crosses the rom-com with the spy thriller, to probe the undercurrent of paranoia in gender relations. The play spools from Cold War history, and a Stasi program to target single West German secretaries by finding their perfect Romeo. Nancy McAlear’s production stars Heather Cant, Sarah Feutl, and Aaron Hursh.

THE HOTTEST SCRIPTS (starry playwrights from the big wide world)

(a) The Humans by the American playwright Stephen Karam, reinvents the family reunion drama genre in a sad/funny/scary strangely surreal way. The Citadel production (Jan. 6 to 28) is directed by Jackie Maxwell, the former artistic director of the Shaw Festival.

(b) The Aliens, by the young American star Annie Baker (The Flick, John, Circle Mirror Transformation), lets us eavesdrop on the conversations between a couple of disaffected slackers, and the high-school kid they decide to teach about life. It comes to Theatre Network’s Roxy Performance Series in a Taylor Chadwick production (Oct. 10 to 22). And there’s music! 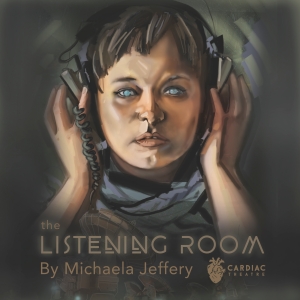 The Listening Room is our introduction to the Calgary-based up-and-comer Michaela Jefferey. Her play, which premieres in a production by the innovative indie Cardiac Theatre (Pompeii L.A., Peter Fechter: 59 Minutes) is set in a post-apocalyptic future, where teenage dissidents use antiquated technology to search for their connection to the past. Co-presented by Azimuth Theatre and Calgary’s Downstage as part of their Emerging Company Showcase, the play runs in Edmonton Feb. 15 to 24.

ART: WHERE FRIENDS MEET (and get their hearts broken)

Stewart Lemoine’s 1993 Shocker’s Delight, among the most heartbreaking of his funny comedies, is the upcoming season finale at Teatro La Quindicina (Sept. 28 to Oct. 14). Ron Pederson, who appeared in a 2004 revival, directs this, his favourite Lemoine, about three college friends struggling to find some harmony between what they know and what they feel.

Do This In Memory Of Me by Cat Walsh

(c) Cat Walsh’s muse tends to take her into the dark labyrinths of black comedy (the last time I was at Walsh play reading it was in a funeral parlour, no kidding). Her new play Do This In Memory Of Me/ En Mémoire De Moi — premiering in a Northern Light/L’UniThéâtre partnership, alternating English and French performances — takes us to 1963 Montreal, where liberation hasn’t extended to the church. Geneviève, 12, is praying that God will life the gender ban on girl altar servers. That’s when the star altar boy vanishes on his way home from school.

STRETCH YOUR MUSICAL MUSCLES (they’re more elastic than you think)

A spectrum that ranges this season from the close harmonies of Forever Plaid (Mayfield Dinner Theatre) and Jersey Boys (Broadway Across Canada) to Cy Coleman’s City of Angels (MacEwan University) is multi-hued. Still, leave it to the Plain Janes, specialists in the off-centre gems of the musical theatre repertoire, to explore way outside the musicals mainstream, juke or otherwise. Originally planned by the Janes for last season, Women On The Verge Of A Nervous Breakdown, a 2010 Broadway flop by the Full Monty team of Dave Yazbek and Jeffrey Lane, is created from the crazy-relationship film of that name by Spanish auteur Pedro Almodovar.

“Love passion and deception!” in 1980s Madrid, as director Kate Ryan puts it. “It makes the Real Housewives of America seem so petty.! Ryan’s production runs Feb. 15 to 25. 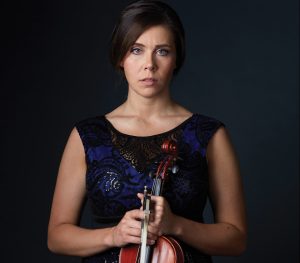 If theatre that enlists string theory on behalf of romance sounds intriguingly smart (Constellations at Shadow, see above), consider Infinity, by the star Canadian playwright Hannah Moscovitch, of East of Berlin, This Is War, Little One fame. It’s all about time, with a trio of characters — a physicist, a musician and their mathematician daughter — whose lives are entwined domestically and philosophically. A violinist plays live. Bradley Moss directs.

Upping the ante on teen angst: Cleave, by Tiny Bear Jaws’ muse Elena Belyea  (Everyone We Know Will Be There), has fashioned an award-winning six-actor play whose questing characters include a couple of parents, a gender therapist and a 17-year-old intersexed kid starting fresh in new school. It runs March 27 to April 7 in the Fringe Theatre season at the Backstage Theatre.