We’ll start with things of a wintry, possibly Yule-ish, tinge, and their antidotes.

If the word “heartwarming” already congeals yours …

AND IT’S STILL ONLY NOVEMBER …

•there’s probably no one in the country better to hang out with Trevor Schmidt.

And this Friday you can do it. The Northern Light Theatre artistic director, who has brought us such bleakly hilarious seasonal offerings as The Santaland Diaries and Mrs. Bob Cratchit’s Wild Christmas Binge, is a special guest on Friday night’s Office Christmas Party episode of Hey Ladies! at Theatre Network.  — He returns for the third year to his Bad Santa alter-ego.

Schmidt, who has an unparalleled purchase on gallows humour, has made multiple Hey Ladies! appearances. And he’s always been a favourite, says Davina Stewart one of the three co-creators and co-hostesses (along with Leona Brausen and Cathleen Rootsaert) of the live comedy, musical, info-tainment, talk/ variety/ game show. Bad Santa’s views will make your own perspective on foggy pudding and all the associated ding-dong-merrily’s seems positively sunny and buoyant. 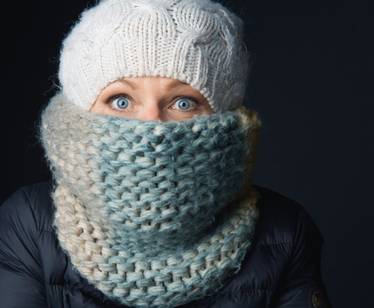 •Let it snow let it snow…. At Theatre Network Saturday night actor/ cabaret artiste extraordinaire Patricia Zentilli resumes her cabaret series PattyZee@theRoxy with a Winter edition. Don Horsburgh, far too deluxe a musical companion to be called an accompanist, is at the piano. Special guests are Citadel leading man John Ullyatt and 10-year-old wunderkind Will Brettelle. And there’s a (lucky) surprise guest who will sing “a winter duet” with Zentilli.

Ullyatt incidentally rises above mere seasonal considerations with his musical choices. One is downright counterintuitive, which is worth something at this time of year: David Gilmour’s arrangement of Shakespeare’s Sonnet 18 (you know, “shall I compare thee to a summer’s day,” which figured prominently in Shakespeare in Love). The other is Be Our Guest, the cutlery production number from Disney’s Beauty and the Beast, in which Ullyatt has played the riotous French candelabra Lumière.

•Here’s one that puts the edge (not to mention the rage and gore) back in the season: a bad-girl rock musical starring Lizzie Borden, who (as you may recall) “took an ax and gave her mother forty whacks. And when she saw what she had done, gave her father forty-one.” No one, including the creators of this  musical, has much doubt Lizzie did the deed; (the New York Times memorably called her “the OJ Simpson of 1892). But, hey, she had her grievances. 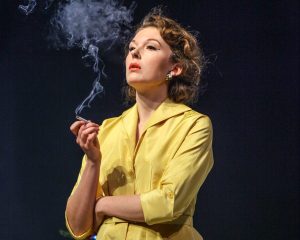 •With her vintage Studio Theatre production of A Doll’s House, opening Thursday, director Beau Coleman finds a home for Henrik Ibsen’s radical 1879 play — and its heroine, suffering in a stifling marriage and culture — in the America of the 1950s. The production references Betty Friedan’s seminal text The Feminine Mystique.

•Other possibilities for your nights out (get your butt in gear, the first three end this weekend):

If you haven’t seen Hadestown at the Citadel Theatre yet, at least once, what in hell are you waiting for? The ravishing Rachel Chavkin production (in preparation for a Broadway run next year) only runs here through Sunday Check out my 12thnight.ca Hadestown review.

If you haven’t seen what happens when the (normally separate) worlds of espionage and retail vacuum cleaner sales collide, get yourself to ’50s Cuba for Bright Young Things entertaining production of the spy comedy Our Man In Havana at the Varscona. It only runs there through Saturday. Check our my 12thnight.ca Our Man In Havana review.

Sister Act gets ’70s Philly soul, r&b and disco back where they belong — in the convent. Jim Guedo’s student (and alumnae) production of the Broadway musical spun from the 1992 Whoopi Goldberg movie opens MacEwan U’s snazzy new Triffo Theatre in the campus’s  glass-box downtown arts centre, Allard Hall. It runs through Saturday. Have at peek at my 12thnight.ca Sister Act feature/review.

There’s Back To The 80s Part 2: The Adventure Continues at the Mayfield (through Jan. 28), a whole bunch of music and comedy, staged by Dave Horak. I haven’t seen Part 2 yet, but Part 1 was a hoot. The company sets the bar for music high. They also set the bar.