The sense of connection: Paradise at the Chinook Series 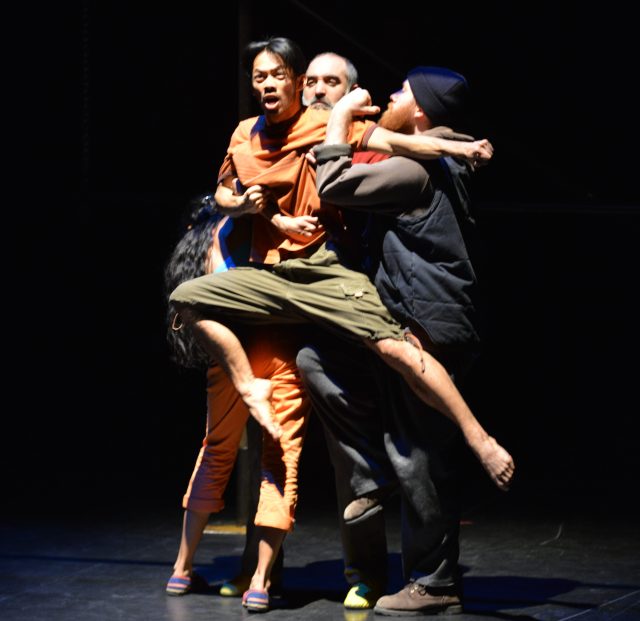 In 1992, Patti Flather’s father, a family doctor, was murdered outside his North Vancouver home — shot by a former patient with an undiagnosed mental illness.

Reflections on that traumatizing event eventually found their way into Paradise, the 2015 Flather play that opened Azimuth Theatre’s Expanse Festival — and the third annual incarnation of the Chinook Series — Thursday and resumes tonight. “I stopped and started,” says the playwright of this painfully jagged personal channel from life to art. “Writing’s how I deal with things…. I was trying to transcend the personal, expand the scope, tell a wider story that connects with people.”

Flather is  the artistic director of Whitehorse’s Gwaandak Theatre — the Yukon’s only “Indigenous-centred theatre company,” named for the Gwich’in language word for “storyteller.” And her play explores “human rights, mental illness, addiction, and our own complicity in those issues that surround us daily,” as she says. Originally a journalist before her playwriting career took off, Flather was interested, too, in “Canada’s role in enabling torture overseas, (the question of) who we see as a threat….”

A family doctor and his daughter, a patient who’s an unemployed logger on workers compensation, and a young man under suspicion of terrorism: they intersect in a play that loops together multiple storylines. Says Flather, “In every era, in every size of community, in every system, we need connections; we need our sense of humanity.”

The co-production that arrives at Chinook is a cross-country artistic collaboration in every way. As Flather explains, it was while Gwaandak was touring Cafe Daughter (by the award-winning Cree playwright Kenneth T. Williams) across the country, that the relationship with MT Space began. Based in the Waterloo region of southern Ontario, Majdi Bou-Matar’s multi-cultural company specializes in physical theatre, as Edmonton audiences know from such productions as The Last 15 Seconds and Body 13.

So the two companies had a kind of complementary contrast. Says Flather, “it was a leap on both our parts, this marriage of text and imagery with the distinct physicality of MT Space.” It’s a co-production that lends itself particularly well to the physical eloquence of ASL interpretation for the deaf. Flather is excited by the prospect.

“It might take a few minutes to figure out what’s happening,” says Flather cheerfully of a play not weighted down by exposition. “But hang in there! It’s a really exciting and intense show to watch.”

In addition to tonight’s performance of Paradise (8:45 p.m. in the Westbury Theatre), Flather reads excerpts from Paradise, as well as her previous plays: West Edmonton Mall (surely a natural for an Edmonton production), Where The River Meets The Sea, and Sixty Below. The reading happens today at noon in the ATB Financial Arts Barns lobby.

The Chinook Series continues through Feb. 18, with many shows, salons, workshops at the ATB Financial Arts Barns. Consult chinookseries.ca for a full schedule.