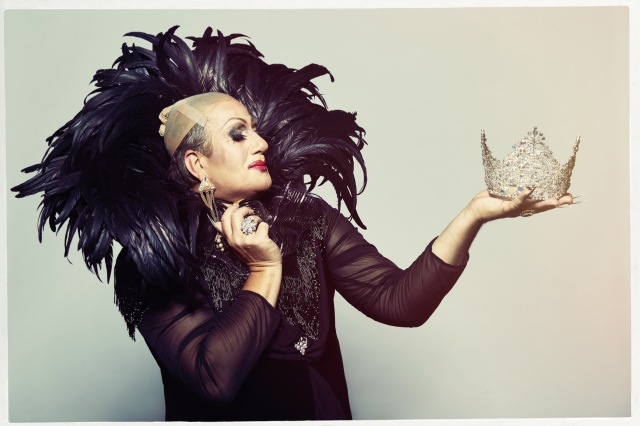 At the centre of Theatre Network’s all-Canadian upcoming three-production mainstage season announced this week is a new play inspired by a remarkable life — and a life-changing moment in our collective history.

In The Empress & The Prime Minister playwright Darrin Hagen unspools history half a century to imagine and explore the real-life connection between a Vancouver drag queen/activist and Canada’s young minister of justice. The former? ted northe, the “Empress of Canada.” The latter: Pierre Trudeau. And the result was the decriminalization of homosexuality in this country. “There is no place for the state in the bedrooms of the nation.”

Bradley Moss directs the premiere production (April 16 to May 5, 2019) that stars Hagen, the “Edmonton Queen” as northe and Vancouver-based Joey Lesperance as Trudeau. “Both actors play other characters too,” says Moss, who adds that “the younger generation doesn’t always realize just how difficult it was to be gay at that time.”

The connection between Theatre Network and the star Canadian playwright Hannah Moscovitch continues in the company’s 44th season. And it too is a window on a fraught time in Canada’s past.   What A Young Wife Ought To Know, which premiered in Halifax at Christian Barry’s 2b theatre with dates cross the country before its high-profile Toronto run this past winter, is set in the ‘20s. Inspired by true stories of young women the playwright explores the nightmare implications of this era before birth control, and even knowledge about birth control, was available.

It’s a love story that goes very wrong. “And it’s also a story about poverty,” says Moss of the play, set in working-class Ottawa of the period.

Marianne Copithorne directs the Theatre Network production that runs Nov. 13 to Dec. 2. Casting has yet to be announced.

Damien Atkins, We Are Not Alone. Photo supplied.

Edmonton-born Damien Atkins returns to his home town with his own solo play We Are Not Alone. The production, touring  collaboration between Toronto’s Crow’s Theatre the Segal Centre directed by Chris Abraham and Christian Barry, taps Atkins’ own investigations into UFO’s, alien sightings and abductions, government conspirations.

Plays by Actor-turned-playwright Atkins, who grew up immersed in musical theatre at the St. Albert Children’s Theatre, include Miss Chatelaine, Good Mother (the first new Canadian play to premiere at the Stratford Festival, and the cabaret Real Live Girl. Edmonton audiences last saw Toronto-based Atkins, currently appearing at the Shaw Festival, in The Gay Heritage Project at the Citadel Club in 2016.

“Funny, strange, weird,” says Moss, who’s also fascinated about  alien interventions. “And since most stories about alien abductions and violations come from women, the show “probes that human aspect,” as Moss says. We Are Not Alone runs Feb. 12 to March 3, 2019.

The season finale is the 2019 of Nextfest, May 30 to June 9, which celebrates and showcases the multi-disciplinary work of the next generation of artists.

Alberta Opera arrives for the first time at the Roxy to launch theThe Roxy Performance series, Theatre Network’s annual series hosting  independent productions and companies. The touring company, which specializes in irreverent and original musical theatre treatments of fairy tales is reviving their version of Pinocchio, with its bright score by the late Jeff Unger and book by the company artistic director Farren Timoteo. It runs Sept. 28 to 30 as part of a season of touring schools.

It would be hard to identify Jezebel, At The Still Point as a two-hander since paws are involved. In this text-movement piece innovative dance/theatre artist Ainsley Hillyard, the highly original residing muse of Good Women Dance, co-stars with her untrained French bulldog Jezebel as an astronaut and her time-travelling companion. The Bumble Bear production directed by Beth Dart is at the Roxy Oct. 9 to 21. 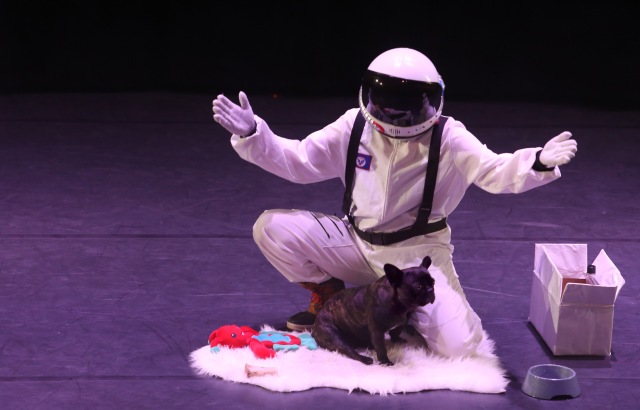 Burning Bluebeard, the anti-panto Christmas panto, has retired from the festive season at the Roxy. Instead Blunt Entertainment premieres Oh! Christmas Tree, a new comedy by Conni Massing. “There’s an absurdist human quality to her writing,” says Moss of a play about holiday rituals and starring a couple with diametrically opposed perspectives on the fraught season. Brian Deedrick directs the Blunt Entertainment production, running Dec. 11 to 23.

Moss himself returns to the Roxy Performance Series to direct the premiere of Minerva – Queen of the Handcuffs, playwright/magician Ron Pearson’s investigation of a famous female escape artist who came up against the brutal male establishment — including Houdini — in the ‘20s and ‘30s.

Miranda Allen, sole Edmonton occupant of the actor/escape artist category of showbiz, stars in the Ghost Writer Theatre production running Jan. 15 to 27, 2019. Richard Lee Hsi plays “all the crappy men in Minerva’s life,” as Moss says. He has hopes for touring the show after its run here.

Small Mouth Sounds by the American playwright Bess Wohl is the Wild Side Productions offering of the season. The acclaimed indie company (10 out of 12, Passion Play, Poison, The Realistic Joneses) tried last season to acquire rights to the high unusual award-winner, set among six strangers at a silent retreat. Now it’s happening. Jim Guedo directs the production that runs March 12 to 24.

Two Roxy series that fill niches not much occupied in the Edmonton theatre scene are also in the season. The unique Hey, Ladies!, starring Leona Brausen, Cathleen Rootsaert and Davina Stewart, returns with four new Friday night episodes of their “info-tainment” variety shows, Oct. 26, Feb. 1, March 29 and May 10. And cabaret artist Patricia Zentilli returns with three new editions of PattyZee@TheRoxy, Oct. 27, Feb. 2, and May 11.

Further information and subscriptions are available at theatrenetwork.ca