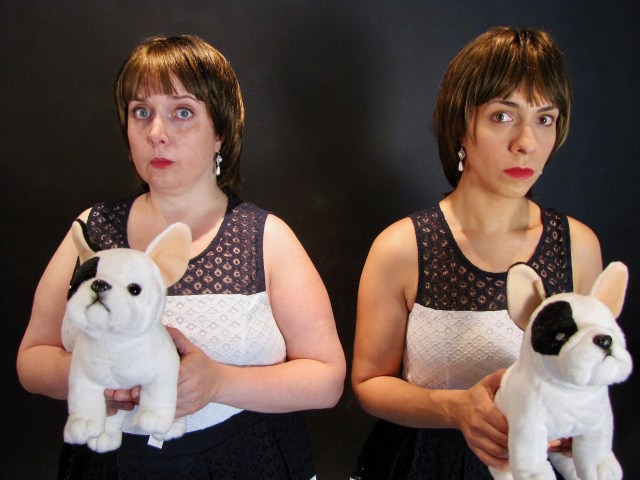 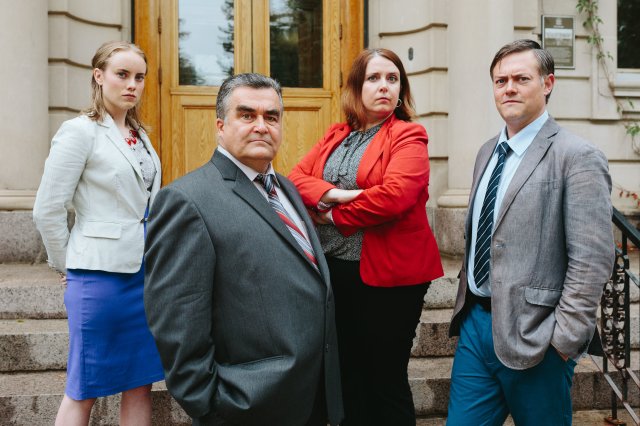 A cultural theory: There’s a kind of crazy total-immersion charge about the Fringe that’s a magnet to Edmonton theatre artists. It explains why veteran Edmonton theatre pros — Bradley Moss, Darrin Hagen, Dave Horak, Trevor Schmidt, Collin Doyle, Kate Ryan, Cat Walsh, Chris Bullough, Stewart Lemoine, the list goes on… — are still up for doing the Edmonton Fringe after so many summers of kissing summer holidays goodbye. And it explains why up-and-comers are keen to be there too, in a big way.

In two companion 12thnight.ca posts, meet two directors — young but with startlingly hefty and adventurous credits already — each making Fringe debuts with not one but two high-contrast productions. Both Michael Bradley and Suzie Martin entered the world of theatre via acting. Both are recent U of A directing grads who came here from Somewhere Else, fell in love with the theatre scene here, and moved. And both are artists we’ll be watching in seasons to come.

There is nothing remotely conventional about either of the plays Suzie Martin is directing at this year’s Fringe.

By day she rehearses Tragedy: A Tragedy, a comedy by the elusive American playwright Will Eno. She’s been eager to do it for … years. A local broadcast news team intrepidly steps up to cover a disaster: The sun has set and may never rise again. By night, it’s Fetch, a new play by Cat Walsh (Do This In Memory Of Me, The Laws of Thermodynamics) an intricate two-hander in which one version of a woman confronts another with duelling stories.

Martin, who arrived at the U of A from her home town of Winnipeg where she trained as an actor (and has done every kind of theatre job including admin and stage management), finds the 2001 Eno comedy bristling with an eerie renewed topicality these days. “After the American election in 2016, it really resonated with that feeling the world is ending,” she says. “It felt like everything was over. And here we are in this world now. Still. How can this be? The world continued. We’re living in the Trump era and — even if the world is getting meaner and more insular — we haven’t ceased to be!”

Intriguingly, “the style is quite a merger,” says Martin, who seems to have made something of a specialty of strange fusions. Witness her production last season of Small Matters Productions’ physical theatre comedy Over Her Dead Body, starring the legendary clown guru Jan Henderson.

On one hand, she says, Tragedy: A Tragedy is “a media satire about the vapidity of the 24-hour news cycle” where “investigative” reporters armed with mere scraps of real information inflate them gravely into news. In the play, the characters communicate (and miscommunicate) only through earphones.

“But underneath all that, framing it in a way, is the tradition of absurdism, of Beckett,” says Martin. “What do you do if language breaks? If it’s an empty shell? If God is dead, and what we look to as our anchor points aren’t there?…. We used to look to the fourth estate for that!”

“Who do we look to for answers when it’s dark and we’re scared? Mythologies are about that.” In Canada “we’re next-door neighbours of a crazy myth-making machine. We’re close by, but they’re not our myths.”

Tragedy: A Tragedy “is not meant to be just a parody of the news media: that’s what’s brilliant about it,” Martin thinks. “There’s the very funny comedy of that…. But then you realize there’s a real desire and commitment of these (media) people to do their job.” She laughs.  “I think of it as an existentialist bedtime lullaby disguised as a parody of the news.”

Fetch, by Cat Walsh (who plays the broadcast team’s legal counsel in Tragedy: A Tragedy), breathed public air in a reading at the 2017 SkirtsAfire  Festival.  “Two versions of one woman telling a story in tandem … it’s all about possible and alternate worlds,” says Martin of a black comedy inspired by the famous Schrodinger’s Cat “thought experiment” in which really smart people can prove, using (or misusing?) quantum science, that a cat in a box is both alive and dead.

So, Fetch gives us two women, both named Hannah Morgan, and “two monologues intercut with joining scenes.” Says Martin, “we meet them in a room that’s a mirror image of itself.” The spirit of competition — “No I am the real Hannah Morgan — is alive and kicking. And, as the title obliquely promises, there’s a dog. “A quantum dog,” amends Martin. “Fun, in a dark, slightly creepy, way.”

It isn’t the first time Martin has explored possible alternate universes in the theatre. Martin’s directing resumé, which has everything from Shakespeare to Pinter, opera to The Gas Heart by the Dadaist Tristan Tzara, includes Jenny Schwartz’s God’s Ear (her master’s degree production). The off-centre play about a couple in free-fall, which looks like poetry on the page, has unmistakeable affinities to Tragedy: A Tragedy. “I would say both are concerned with what Don DeLillo describes in his 1977 novel Players as an attempt to ‘organize the emptiness’. And I think its safe to say those preoccupations are up my aesthetic and philosophical alley at this point!

Meanwhile she’s enjoying the free-floating “strangeness” of her Fringe productions, and adjusting to the uncertainties of the freelance director’s life. “I have had the great fortune to direct six shows and assist on four across two provinces in the last two years,  as well as teaching at both the U of A and the (Citadel’s) Foote School…. I am getting used to living my life with only the next few months in view.”