And the plot thickens: The Real Inspector Hound, a Fringe review 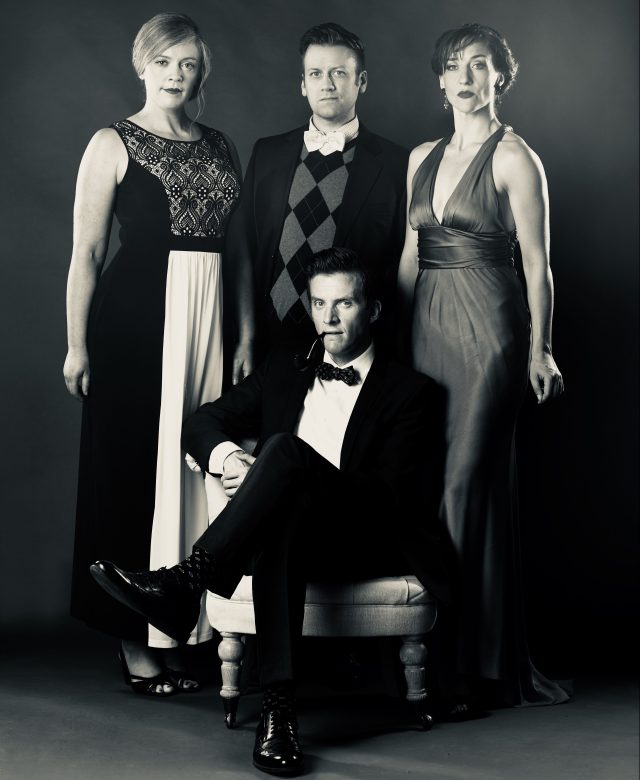 “Has it started?” wonders one of them casually to the other. “It’s a pause,” thinks the other. Gradually, Birdboot (Ashley Wright), complacent and lecherous, and Moon (Mat Busby), deeply resentful at being the eternal second-stringer, are drawn past the fourth wall that critics gas on about all the time, right into the world of the play. Which is amusingly set forth, with all its deluxe trimmings in this Bright Young Things production directed by Mark Bellamy.

Yes, dear readers, shocking as it to report, the absolute objectivity of the critic is called into question and, if I may say so and I think on balance I may, actually mocked in the course of The Real Inspector Hound.

“Pilified and viloried,” as Birdboot puts it, in regard to other personal matters pertaining to a certain compromising dinner with a certain ingénue. Stoppard, incidentally, did time as a theatre critic, a notion that should fill actors everywhere with relief — that he moved on.

Parodies don’t really work if they’re not expertly accurate re-creations of the genre, in this case English potboiler mystery.  Bellamy’s production is — from the lugubrious housekeeper (Jenny McKillop) who answers the phone with annotations that are part of the plot to the suspicious old codger (Garett Ross) in a wheelchair to the bone-headed policeman (Troy O’Donnell). 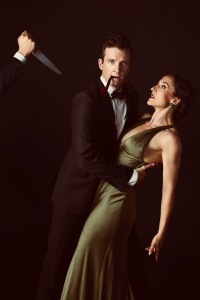 The bright young things of the landed gentry fling themselves extravagantly through every doorway (after pausing dramatically). Belinda Cornish is Lady Cynthia Muldoon, whose husband Albert went for a walk on the cliffs 10 years “and was never seen again.” Louise Lambert is the pert Felicity, who enters in tennis whites, and whose performance Birdboot has already determined in advance is “one of the summits in the range of contemporary theatre.” Andrew MacDonald-Smith is the suavely romantic jeune premier.

The performances are spot on. And the same, I am compelled to admit, must be said for Wright and Busby, who are note perfect, as Birdboot and Moon. Their critical repertoire is sublime. “Faced as we with such ubiquitous obliquity…”

Alas, in my work I will never be using the phrase “I think we are entitled to ask …” ever again. But as for “hysteria is no substitute for éclat,” I’ve put my dibs on that one.

A lark of a show.