In the land of Pretenderos, a plot of epic proportions: Die-Nasty returns with a Lord of Thrones season 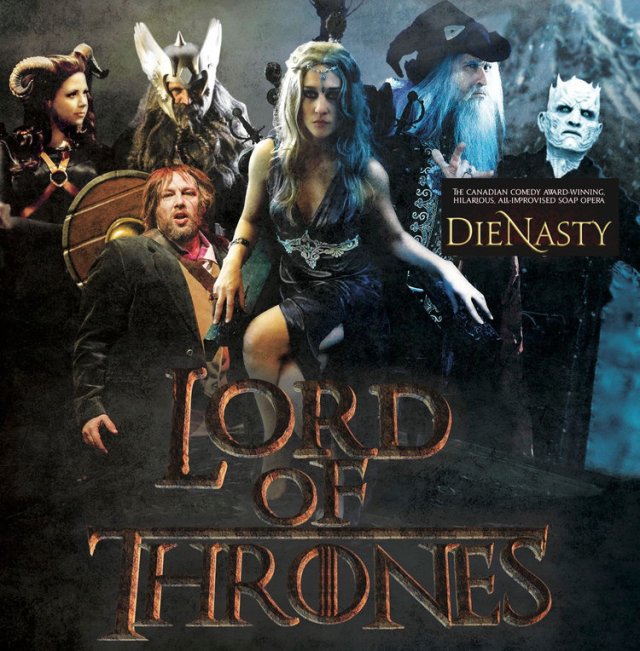 Welcome to Lord of Thrones. In its 28th season, opening its new season of weekly episodes on the Varscona stage tonight, Edmonton’s award-winning weekly improvised soap opera takes us to the Kingdom of Pretenderos. Four great Houses are in lethal and long-standing conflict: House Park “led by Sherwood and gracious Gazebo”; House Calgarian “led by the brave people of Calgaria”; House Minster “led by Loyd, Boyd, Floyd … and Margot” and House Strathconia “led by Lord, son of Old.”

After a Great Battle, the latter is currently in the ascendancy as Die-Nasty begins — with Margot (Kristi Hansen) is betrothed to Lord Strathconia (Jesse Gervais). But Margot’s dad Lloyd  (Jeff Haslam) remains apprehensive that House Calgarian isn’t as dead as all that.

After that, no one in any kingdom knows what will happen (except that winter’s coming), as a company of crack improvisers takes to the stage armed with medieval syntax. Lord of Thrones runs every Monday at the Varscona (10329 83 Ave.) from tonight through May 27. Tickets: varsconatheatre.com or at the door.