Can’t fight this feeling: Rock of Ages is onstage at the Mayfield next season 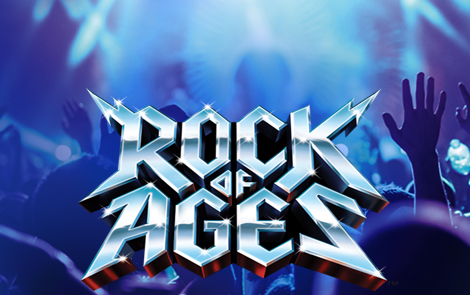 As the life-coach sages commonly known as Journey have taught us, don’t stop believin’. The Mayfield’s Van Wilmott didn’t.

For months, he’s been working on getting the rights for Rock of Ages, the unrepentantly good-time hair metal jukebox musical spun from danceable ‘80s nostalgia. And he’s succeeded. Next season Rock of Ages, which became Broadway’s guilty pleasure in 2009, plays the Mayfield Dinner Theatre (April 7 to June 7), to revel in the (loud) give-‘er repertoire of the tress-tossing MTV thrasher era — Twisted Sister, Nightranger, Quarterflash, Whitesnake, Poison and the rest.

These are the hits you know you know even if the name Quarterflash doesn’t quite ring a bell. Can’t fight this feeling, as those poets of the American songbook REO Speedwagon have it.

There is a story — heck, there’s even a subplot via a story that is shamelessly silly (and wouldn’t mind anyone saying so). An air of affectionate self-mockery hangs over the whole enterprise, along with a serious arsenal of hair products. Kate Ryan, who has brought such Mayfield productions as Jesus Christ Superstar, All Shook Up, and Canada 151 to the stage, directs. The whiz-kid video designer T. Erin Gruber (you can see her work in Sister Act, currently running) evokes the dive-bars of L.A. And Leona Brausen, an expert in retro, teases  the coiffures and appoints the Spandex butts.

The upcoming season opens (Sept. 3 to Oct. 27) with another rockin’ jukebox musical with a chart-busting song list. Million Dollar Quartet, last seen here in a 2016 Citadel production, starts from the real-life inspiration of an impromptu jam session in a Memphis recording studio. The young Elvis, Johnny Cash, Carl Perkins, and Jerry Lee Lewis show up. And the hits roll out.

Casting is tricky, as Wilmott points out. “The characters are the band.” The hardest of all to find is the right Jerry Lee Lewis. “I’m working on it,” he says cheerfully. He’ll direct the Mayfield production.

The Yule season show (Nov. 5 to Jan. 26), often the Mayfield’s best-seller and almost always compiled and written by the mysterious Will Marks, is Class of ’63: A Rockin’ Reunion. “The characters are in 1988, at a reunion and re-living their glory days in the ’60s,” says Wilmott of the new creation whose song list is culled from 1960-63, and the rise of girl groups.

Here’s a stand-out from a season heavily weighted to the jukebox musical: The most deluxe of all contemporary farces comes to the Mayfield stage Feb. 4 to March 29. Michael Frayn’s 1982 Noises Off, which takes the door-slammer form to a level of complication unsurpassed in modern theatre, intertwines two sex farces, one onstage and one backstage, which collide disastrously on a backwater tour. Jeremy Webb, artistic director of the Neptune Theatre, directs a cast of nine (yet to be announced) who will propel through eight doors, and possibly a window.