A new season at Theatre Network, and 3 Canadian plays

Gianna Vacirca in Sexual Misconduct of the Middle Classes. Photo by Ryan Parker

Three Canadian plays, two by star playwrights and one by a hot up-and-comer, are the 2019-2020 lineup Theatre Network announced this week.

There will be a moment (more than one) in this upcoming 45th season that you’ll find yourself laughing — and appalled at yourself for laughing.

Artistic director Bradley Moss can hear it now, the reaction from the house seats to The Society For The Destitute Presents Titus Bouffonius: “O. my. gawd! Did they just say that?”

The play, by the notably fearless Governor General’s Award-winner Colleen Murphy (Pig Girl, Armstrong’s War), is a bouffon-style clown version of Titus Andronicus, top contender for most gruesomely violent play in the Bard canon. Moss calls it “Shakespeare’s Quentin Tarantino bloodbath.… I wonder if we treat it too reverentially these days.” 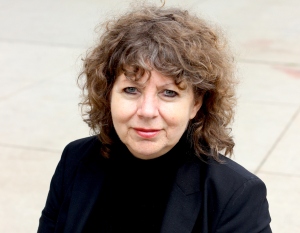 No problem with reverential here, by the sound of it. Armed with a modest grant, “thanks, taxpayers!,” five grotesque clowns, undertake a production of Shakespeare’s early hit,  a veritable carnival of revenge that includes dismemberments, beheadings, rape, evisceration, and cannibalism.

The bouffon coach is (who better?) Michael Kennard of the “horror clown” duo Mump and Smoot, who specialize in such matters.

“Colleen has really upped the ante,” says Moss. “This is so connected to the (contemporary) world.”

Moss directs her black comedy, which premiered at the Cultch in Vancouver in 2017 in a Rumble Theatre production (so far its only staging). The “destitutes” constitute a social cross-section: ex-cons, single moms on welfare, sex workers, alcoholics….  The playwright “spares nobody,” Moss says, “ old, young, all genders …. It’s super-funny.”

“And I’m directing it at my peril. Dare I? I dare…. This is exactly what Theatre Network should be doing,” says Moss. So far his cast for the production (running Jan. 28 to Feb. 16) includes Robert Benz and Helen Belay,

The season opens in laughter of a different tone, at a different angle. In Bed and Breakfast by actor-turned-playwright Mark Crawford we meet a 30-something urbanite gay couple. When one of them inherits a house from his aunt, they uproot their Toronto lives, and move to a small Ontario town to renovate it. So, as Moss describes, there’s the comedy of urban vs. small-town sensibility, “an updated Wingfield scenario.” There’s friction, homophobia, reno stress. “A secret is uncovered, people’s minds are changed.… ”

“Two actors flip all the characters, more than 20, and that drives the style,” says Moss of the comedy, which premiered at the Thousand Islands Playhouse in 2013. The playwright, who has toured in Bed and Breakfast with his real-life partner Paul Dunn, is “a fresh new voice,” says Moss. “He’s getting traction for the way he tackles issues while still celebrating the people struggling with them.”

Moss directs the Theatre Network production (Nov. 19 to Dec. 8), which stars Mathew Hulshof and an actor yet to be cast.

Hannah Moscovitch, whose work is frequently seen at Theatre Network (Little One, Infinity, What A Young Wife Ought To Know),  has told Moss that “my favourite play I have written so far” is the one that Theatre Network audiences will see next April: Sexual Misconduct of the Middle Classes. “It’s the first play of the season I figured out. And just about died when I read it, the way it turns on itself,” says Moss. “It’s such a good play.” His challenge, he says, ”was how do I get plays to match this in our season?”

The new Moscovitch, which premieres at Toronto’s Tarragon Theatre in December, tracks a relationship through time: a promising 19-year-old university student and the professor she fervently admires. Sexual tension, as you might glean from the title, ensues. Marianne Copithorne directs; Dave Horak and Gianna Vacirca star.

The finale to the season (June 4 to 14), as usual, is Nextfest, the innovative multi-disciplinary celebration of emerging artists headed by Ellen Chorley.

Alberta Musical Theatre Company returns to launch the Roxy Series of indie theatre productions curated, supported, and presented by Theatre Network. Sleeping Beauty, by Farren Timoteo (the company’s artistic director) and the late composer Jeff Unger, is the revival of their irreverent musical re-imagining of the classic tale, for young audiences. It runs Sept. 19 to 22, and 28 and 29.

E Day is a new large-cast political comedy from the pen of Jason Chinn, one of our most distinctively original playwrights whose archive of “dark, surreal, strange shows” (as Moss puts it) includes Bitches, Ladies Who Lynch, Murderers Confess At Christmastime. This new Chinn, set in an NDP campaign office during the 2015 Alberta provincial election and inspired by the playwright’s his own experience as a volunteer.

Wild Side Productions gives Edmonton audiences a chance to see The Children by the starry young Brit playwright Lucy Kirkwood, who gravitates to the big issues. Billed as an “eco-thriller,” and asking questions about the possibility of normalcy in a post-apocalyptic world, the 2016 play is set in the wake of a nuclear disaster at an English power plant. We meet a scientist couple visited by a third character from their past.

Girl Brain, the hot and happening sketch comedy troupe starring Alyson Dicey, Caley Suliak and Ellie Heath, arrives in the Roxy Series for the first time for four Saturday night specials: Dec. 14, Feb. 29, March 28, and May 16. Says Moss, “I’m very pumped to support them. They have something to say — very funny, but Ouch! moments too.”

Meanwhile, there’s the Roxy itself, and the new $11.5 million theatre on 124th Street, under construction on the footprint of the old, destroyed by fire in 2015. By February 2021, it’ll be ready to go, says Moss from his current temporary office in the Roxy on Gateway in Strathcona.

“It’s going to be beautiful,” he says of the plans for the new glass-faced Roxy, and its collection of a 200-seat MainStage theatre, 80-seat black box studio theatre, rehearsal hall, lobby spaces, gallery. He imagines evenings where we’ll watch a play in the theatre, and go downstairs to the cabaret space to hear some music or enjoy some stand-up. “We’ll be able to do things we could never do before!”

Season subscriptions are available at 780-453-2440 or theatrenetwork.ca.