A holiday tradition to call their own: The Blank Who Stole Christmas at Rapid Fire Theatre 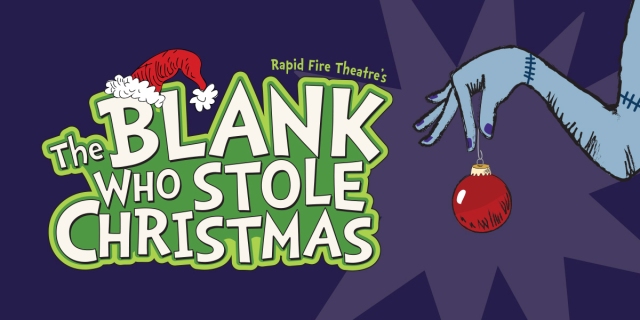 In the show that opens Friday at Rapid Fire Theatre headquarters, you will see what happens when a company addicted to adrenalin and devoted to spontaneity wraps its supple wits around the season of the fa-la-la and figgy pudding.

Symphonies have their Hallelujah Choruses, ballet troupes their sugarplum fairies. Theatre companies set about redeeming an elderly skinflint on an annual basis. What, then, of a theatre outfit that regularly concocts whole musicals or Shakespeare plays or super-hero mini-series or Dickens spin-offs on the spot? With The Blank Who Stole Christmas, we’re about to find out.

“We wanted to start a new holiday tradition. Our own,” says Rapid Fire artistic director Matt Schuurman, who had the idea a couple of years ago and has been hatching it ever since. In The Blank Who Stole Christmas, an homage to Dr. Seuss, the king of the jaunty rhyme, “a different guest improviser every night shows up in costume, as whatever villain they want to be.” A pop culture celeb maybe, a genre star, a cartoon character, a stereotype … there’s no predicting.

The cast of six Rapid Fire improvisers doesn’t know in advance who will show up as whom. “But they have to incorporate the character,” who is fully scripted. And there’s no foretelling whether the character will “play nicely” with others, as Schuurman puts it. For experimental purposes, the writing team has tested the concept with Ursula the sea witch from The Little Mermaid and Guy Fieri the Food Network chef, among others, he says. 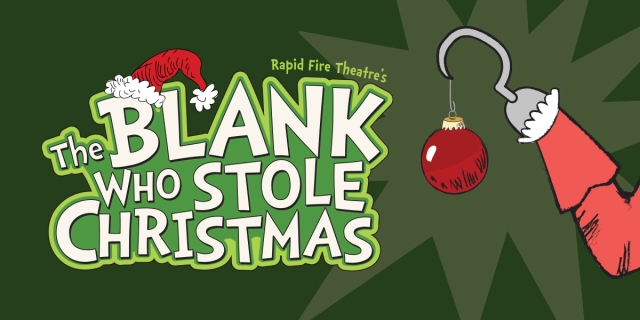 “We’ve written an entire musical, very clearly a tribute to the Grinch,” says Schuurman of the five-member creative team. “We’ve left holes in the script: this scene or that will be improvised. The songs (the score is by musical director Erik Mortimer, a stunningly gifted improviser himself) have holes in them too.” One riffs off the indelible anthem You’re A Mean One Mr. Grinch. “The rest are completely original, fun and silly,” says Schuurman.

The Blank Who Stole Christmas isn’t the first time Rapid Fire has tangled with the Yuletide spirit. For several seasons the company would steal the Citadel’s Scrooge, Glenn Nelson or Julien Arnold, for a night for their alternate version of A Christmas Carol, Based on audience cues, the frozen-hearted Ebenezer, a career money-lender, would land a new profession — “a vet, a ninja, a Canadian Tire employee…. He’d do all his lines, and we improvised around him,” says Schuurman.

The Blank Who Stole Christmas, which runs through Dec. 21, is a holiday tradition to call their own, pure Rapid Fire, a full-length tribute to the rarefied skills of the company’s deluxe improvisers. Two of the creative team, Joleen Ballentine and Gordie Lucius, write for TV. Mortimer works as a composer and musical director with theatre companies across town.

It made sense to say YES to a musical. “Our improvised musical is one of our most popular shows,” Schuurman says. “A narrator and rhyming couplets (a la Seuss) are in the DNA of the company already.… And it’s very cool to tap into the other skills we have with something unique, and really fun.” There are two versions of the show, naughty and nice, for evening performances and matinees.

The full production — with set design (by Elise Jason), video projections, costumes, a score — is a tribute, too, to the way improv and theatre are inseparable in this town.

Yes! agrees Schuurman. “We do relish the terrifying!” 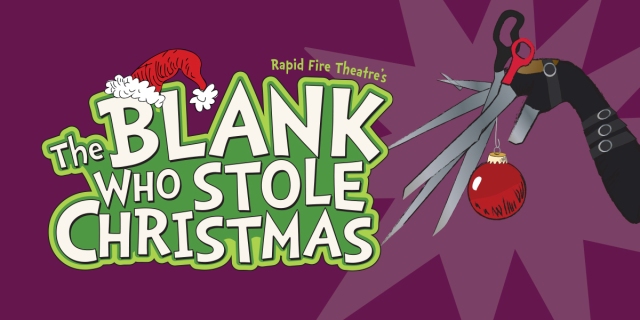 The Blank Who Stole Christmas