Hamilton is coming: Broadway Across Canada announces a new season 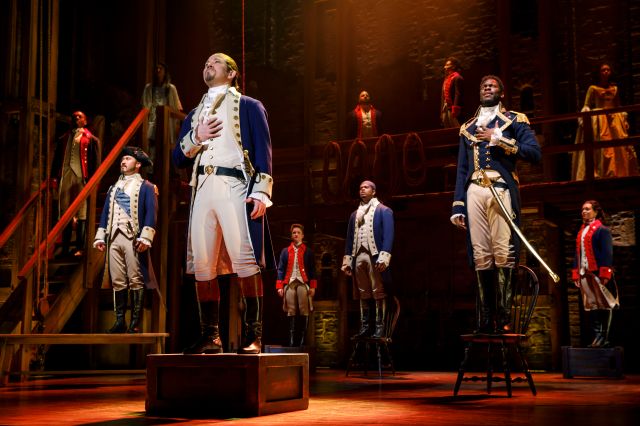 Edmonton audiences will get their first crack at the most acclaimed musical of the era next season. Hamilton, the Tony Award and Pulitzer Prize-winning musical of 2015, arrives on the Jube stage July 27 to Aug. 15, 2021, under the Broadway Across Canada flag.

The profoundly influential Lin-Manuel Miranda musical that expanded our notions of what stories musical theatre can tell — and how — is the centrepiece of the Broadway Across Canada season announced Monday. Based on the Ron Chernow biography, Hamilton, which unfolds in a wide and rich spectrum of musical styles including hip-hop, jazz, and R&B, chronicles the story of the immigrant who became one of the American founding fathers.

It’s the centre of a season that opens in November 2020 with an award-winning 50th anniversary production of Jesus Christ Superstar, which began life as a 1971 Andrew Lloyd Webber/ Tim Rice album. It runs Nov. 10 to 15 at the Jube.

The season also includes Anastasia, a 2017 musical by the all-star team of playwright Terrence McNally, Stephen Flaherty (music) and  Lynn Ahrens (lyrics). Based on a 1997 film that adapts the legend of the Grand Duchess Anastasia of Russia, it chronicles the epic adventures of a woman on a quest to uncover the mystery of her past. The Broadway Across Canada touring production runs Jan 12 to 17, 2021.

The season option is the return of Come From Away (March 30 to April 4, 2021), the hit that takes us into the heart of the epochal tragedy of Sept. 11, 2001 — and finds a story of kindness and generosity set in Gander, Nfld.

This entry was posted in News/Views and tagged 12thnight.ca, Anastasia, Broadway Across Canada, Come From Away, Edmonton theatre, Hamilton, Jesus Christ Superstar. Bookmark the permalink.