The Fringe That Never Was comes to you, with Fringe Revue episode 2 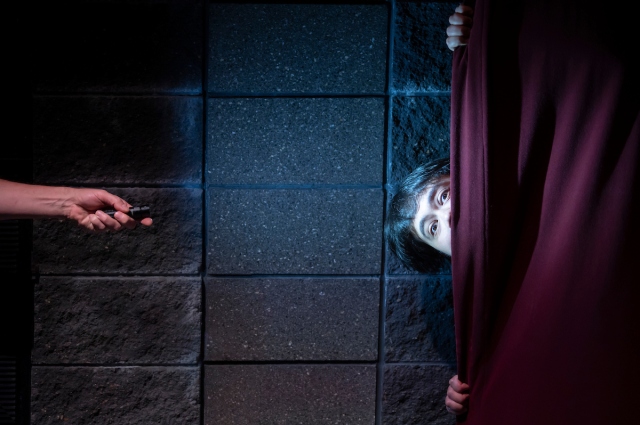 The fateful moment of the Fringe-less August approaches in the distance (OK, let’s not think about that right now). I know I know. You can’t actually go to the Fringe this year. But The Fringe That Never Was, edition #39 of Edmonton’s massive festival success story, is alive, and coming to you instead. 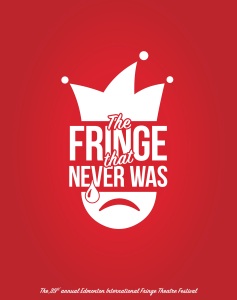 As you know if you caught the debut edition in June, the inspiration is the Fringe’s hit late-night cabaret, with its what-just-hit-me? collision of satire, concertizing, games, dance, theatrical performance, And other stuff: Episode 1 even came with its own reviewer. Paul Blinov, Rapid Fire’s master of deadpan, reviewed The Pandemic, running at BYOV 57, as an interactive, point-of-view experience. And he pointed out (I think quite rightly), the serious limitations of the cellphone as a theatrical device.

In the spirit of the mighty Fringe itself, Episode 2 is at the intersection of a wide and unpredictable diversity of talents. Fringe faves Mind of a Snail, the brilliantly off-centre Vancouver shadow puppet company that’s brought us such original hits as Caws & Effect and Multiple Organism, is creating something especially tailored for The Fringe That Never Was. We’ll see the dance troupe Cuban Movements in performance. Ditto actor/escape artist Miranda Allen, who recently wowed Penn & Teller in their Fool Us season with her death-defying escape from chains in a locked barrel full of red wine.

Theatre artists Amber Borotsik and Jesse Gervais return for another edition of the dance break segment, a kooky Fringe work-out that will be part of every Fringe Revue. The Currently Current, which artists create live from the headlines of the week, is assembled this time out by actor/spoken word artist/ activist Nasra Adem. The musical guest is Jay Gilday; the house musician is the versatile Jason Kodie.

FringeLiveStream, Jon Paterson’s bright idea of an online fringe festival of uncharted uncensored performances, will do its August draw for weekly slots on the show. What also gets drawn on Saturday night’s show is the winner of the BYOBT (bring-your-own-beer-tent) contest, which starts Monday.

Yes, the Fringe (along with Big Rock Brewery, Special Events Rentals, Chianti, ATB Financial) will bring to your backyard or deck or back 40, etc. Aug. 14 to 17 an actual beer tent with all the trimmings, including booze, food, a live artist performance, decorations, “yard games.” Answer daily clues on the Fringe’s Facebook, Twitter, or Instagram accounts, or fill out the BYOBT form at fringetheatre.ca

“Watch at your leisure!” says Utas of Saturday’s new episode of Fringe Revue, with its weave of interviews, performances and salon conversations that amplify them, fun facts, interviews, musical interludes from “a virtual wine tent series.”

Production values are up from episode 1, declares Utas the director. “We haven’t got the money to do everything live. But we’re looking to phase out the pre-recorded.” Designer Tessa Stamp creates a series of sets.

And — this is important to Utas — the artists all get an honorarium. “Artists deserve to be paid for their work!”