Rapid Fire Theatre is back live, across the river 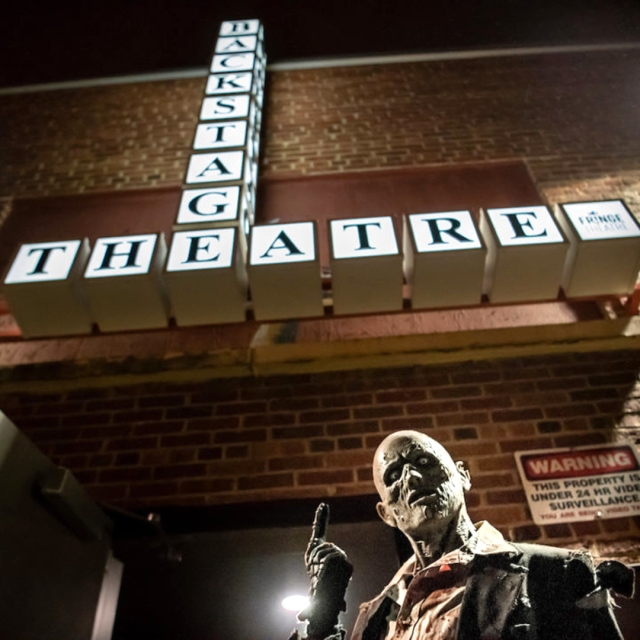 “Flexibility!” declares Matt Schuurman. “It’s all about being flexible, in a space that’s flexible….”

He’s talking about improv, to be sure, a theatrically acrobatic subject on which he is an expert practitioner, mentor, producer. But the artistic director of Rapid Fire Theatre might have been addressing the infrastructure of live theatre generally these days, and the ever-changing COVID-ian rules that govern performing and gathering an audience.

Mid-pandemic Rapid Fire Theatre has up and moved, from Zeidler Hall at the Citadel downtown across the river to the Backstage Theatre at Fringe headquarters, the ATB Financial Arts Barn. So, in this three-month commitment, Edmonton’s 40-year-old improv comedy company has returned to their old stomping ground in Old Strathcona. And as of Friday they’re returning with live (and live streamed) shows that embrace their roots.

For RFT The big plus of the Backstage, the Fringe’s adaptable black box theatre, is that, unlike the Zeidler, “it’s  a big open room we can configure depending on the rules…. We can add more seats, or we can go into full internet mode,” says Schuurman. Rapid Fire has done both, as he explains. They’ve created a 30-seat socially distanced cabaret, with tables for cohorts, and table drink service. And they’ve made the space a viable live-streaming studio too, with multiple camera placements.

“Let’s not focus on what we can’t do,” says Schuurman, a notable video and projection designer in addition to his improv repertoire. “Let’s say Yes (the improv mantra) to the situation we’ve been given!” And the improvisers of the company have never seen a restriction they haven’t wanted to be playful about. 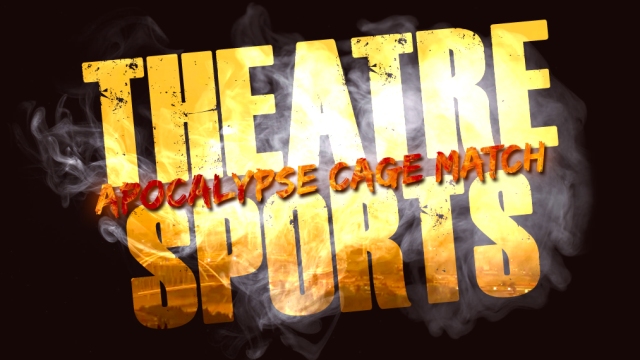 RFT, long Edmonton’s most internet-savvy theatre company, has been teaching a range of improv workshops, and performing improv shows, online since March. And their live shows will be continue to be live-streamed. For the opening, says Schuurman, “we’re bringing back Theatresports,” a team competition that’s been on hold since March.

“We’ve surrounded the stage in a Plexiglass box, a glass cage, so the cast can perform without masks, very close to the audience.” In honour of these particularities, with a nod to professional wrestling matches, they’ve dubbed it Apocalypse Cage Match. As Schuurman says, “typically, Theatresports is a a big ensemble show” that includes improvisers who drop in, spontaneously, for an episode. Improvising a schedule and ad hoc teams isn’t possible, times being what they are. Instead there are teams, 16 of them, set in advance, including roommates and COVID couples. And the programming is set up tournament-style, with teams that advance and others who are bumped out. 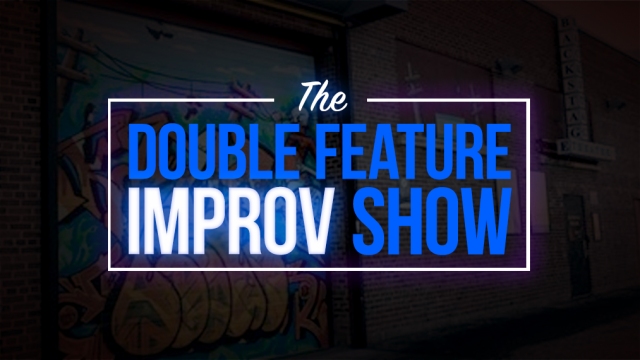 Theatresports happens every Friday and Saturday night at 10 p.m. Before that, at 8 p.m., those nights is The Double Feature Improv Show, featuring two improv troupes, each with a showcase specialty and, as Schuurman say, “presentation that’s more theatrical, more narrative” than the quicker hits of Theatresports.

Even online, improv relies on audience cues and feedback, via chat windows and the like. “This is so much more direct,” he says happily of the return to live. “We can have an international audience, and the performers, online as well as live, can hear the audience reaction!” As he points out, the trickiest feature of online performance is “thinking of ways to engage the audience.”

The future is uncertain, of course. Ditto the timelines. “We’re not sure what’s next for us. But Old Strathcona and Theatresports bring back an era, says Schuurman. “It’s where I first started going to shows. And there’s nostalgia about being back in the ‘hood.”