A concert for our time: UnCovered 2021 crosses the country on (digital) tour and arrives at Catalyst 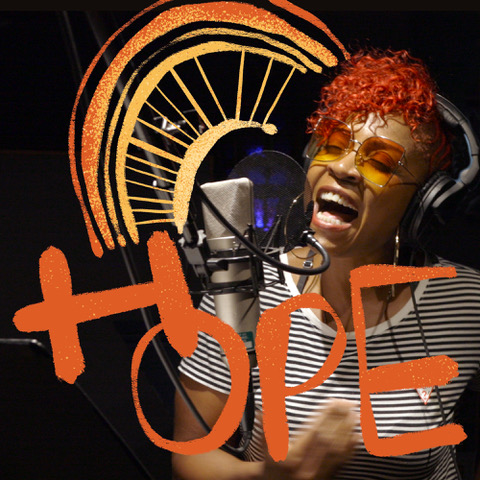 Your place. Saturday night. Drinks, snacks, songs. A cross-country meet-up between two of the country’s most distinctive theatre companies.

One is Toronto’s Musical Stage Company, a company with a musical theatre heart and a remarkable blue-chip record in developing, producing, and presenting them. The other (your genial presenter) is Edmonton’s Catalyst Theatre, whose original innovative musicals (Frankenstein, Nevermore, Vigilante among them) have been seen by audiences across the country and beyond.

With UnCovered: Notes From The Heart, The Musical Stage Company has created a digital version for 2021 of their hugely popular signature yearly concerts. They’re a 15-year tradition in which musical theatre stars invade the pop music repertoire. And, times being what they are — which is to say isolating, disconnecting, devastating for live performance — The Musical Stage Company has ventured into sharing the concert digitally with like-minded companies and their audiences across the country. Companies like Catalyst, under whose banner Saturday’s performance happens (charcuterie boxes by Dalla Tavola Zenari).

“It’s kinda like touring! Digital touring!” declares the cheerful energetic voice on the phone from Toronto. It belongs to Musical Stage Company founder and artistic director Mitchell Marcus. “We’re trying to figure out how to work together outside the box in this industry, and use this weird digital time to collaborate.” This year’s edition of UnCovered, which premiered in Toronto in November, has alighted so far at the Segal Centre in Montreal, the Belfry in Victoria, the Regency in Picton (Ont.), and will arrive in Newfoundland soon — just for starters.

And now Catalyst. Marcus, not coincidentally, is an admirer — familiar with Catalyst’s unusual musical theatre aesthetic (he was a producer at Luminato when that festival brought Nevermore to Toronto’s Wintergarden a decade ago). “I’m so honoured we can share something musical with Catalyst …. their work is just so interesting!” he says.

A keen interest in “digital touring” is something Marcus shares with Catalyst’s Jonathan Christenson, not least because “Catalyst was built to tour, and share our work abroad,” as the latter says. Until the next breath, Catalyst’s contribution to the National Arts Centre’s Grand Acts of Theatre, a cross-country series of outdoor experiments, is up on the NAC website. A proposed national tour of The Invisible, Christenson’s latest Catalyst musical play, awaits an alternative impetus. Could it be digital?

“This is an opportunity to feel connected to other companies, to audiences, to be reminded that other Canadians are wanting to reach out,” says Christenson of UnCovered. “The need has never been more potent.”

The 65-minute show features songs by heavy hitters like Leonard Cohen, Jann Arden, Bob Marley, Carole King, Billie Holiday, Elton John…. They’re performed by top Canadian performers, including Jackie Richardson, Sara Farb, Divine Brown, Andrew Penner. We can renew Edmonton connections in the 12-singer cast, actor/singer-songwriter Eva Foote for one. Hailey Gillis appeared in the debut production of Catalyst’s The Invisible. Farb was in Citadel productions of The Humans and Next To Normal. Citadel audiences have seen the work of The Musical Stage Company (formerly called Acting Up Stage Company) when their musical revue Do You Want What I Have Got? A Craigslist Cantata arrived on the Citadel’s downstairs cabaret stage in 2014.

The songs are delivered as music videos rather than from a concert stage, in a variety of locations in Toronto and elsewhere. It’s an extra layer, says Marcus, “being on a physical journey as well an an emotional one.” One camera person shot one performer, from a variety of camera placements, on location. Mostly, “it’s a love letter to Toronto.” But  Carole King’s So Far Away, assembles (digitally) a quartet of performers, one in Toronto, three who’d gone home, to Ottawa, Victoria, and in Foote’s case Edmonton, for COVID lockdown. Each of those four shot their own video. “Eva got some lovely footage driving from Toronto to Edmonton,” says Marcus.

As for the music, three musicians including pianist Reza, did all their rehearsing on Zoom, and passed files back and forth, adding layers. “They sound like 20,” Marcus says. The safety restrictions required intricate logistics. There were never more than two people in a room;  and recording studios with their glassed-in cubicles might have been designed with pandemics in mind.

What uncovered UnCovered 15 years ago, as Marcus explains, was a love of pop music he shared with his musical director/ collaborator Reza Jacobs. “In musical theatre our expertise is telling stories through words. Which is the opposite of pop music where the words are often unclear.… You’re in your car, singing along, and you think you know the words but really you’ve been singing the wrong words forever!”

“So we asked ourselves, what happens if you give pop music over to great storytellers? If you look at the song through a musical theatre lens?”

And that lens, he points out, is all about asking “who’s singing?’ who’s the character? what do they want? ‘what’s the journey through the song? It’s rare in musical theatre that you’re in the same place at the end of the song that you are at the beginning…. That, for 15 years, has been the experiment of UnCovered.”

If you read the lyrics, a pop song like Jann Arden’s Good Mother, with its list of things to be grateful for, is full of feeling, but without “the specificity of a musical theatre song,” Marcus argues, as one example from the show. It’s open to the emotional heft and meaning that a great artist like Farb brings to her performance of it. The video has her in a tree house going through old family photo albums.

Pop songs, thinks Marcus, are a “container,” ready for meaning provided by the actors who perform them. They “give actors the space to really play.”

When COVID hit, The Musical Stage Company faced the prospect of trashing its entire season. “We thought we’d try to rebuild only things we thought were resonant. And UnCovered felt the most urgent for the moment,” says Marcus. Their usual practice has been to focus on catalogues of certain artists, often in pairs — Stevie Wonder and Prince one year, Joni Mitchell and Carole King, Dylan and Springsteen, Queen and Bowie. For this peculiar time in which we’re struggling, “we thought let’s look at songs written in moments of change or challenge, songs that contain hope or inspiration, (or speak to) loneliness. And let’s look at them again, with COVID being the storyline.”

“We asked the artists ‘what is your experience right now? what meaning do you see in the song’ — and then built their performance around that.”

In the course of re-fitting UnCovered Marcus found himself “so enamoured” of the idea of digital touring, that his company has undertaken to reverse the idea, too. “We’re been taking our own audience on theatre-going trips,” presenting work from elsewhere, complete with pre- and post-show meet-ups. “We’ve gone to London (by licensing an Off-West End production of The Last Five Years for a night), to New York, to the Cultch in Vancouver….” More to come, and an Edmonton destination called Catalyst would be welcome.

“It’s such a cool opportunity to share,” says Marcus, “to introduce our audience to other things, but in our own time zone, on our own digital platform, and still under our own banner.… and bring our own context and experience to somebody else’s creation.”

As Christenson puts it,  “knowing you’re under a larger umbrella … makes you feel a little bit less alone.”

UnCovered: Notes From The Heart