More theatre news: Expanse Fest is back and Grindstone’s hitting the road 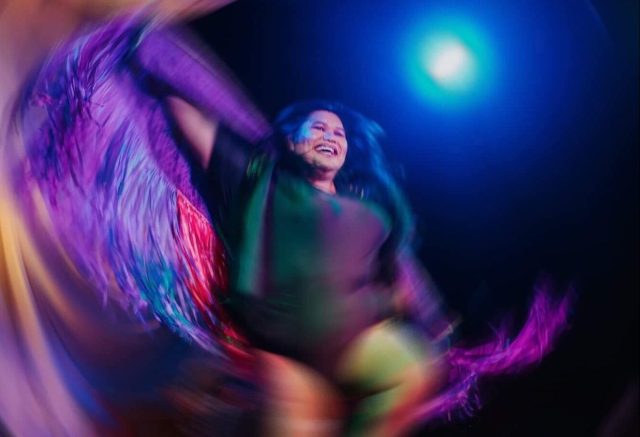 Marshall Vielle in Where The Two-Spirit Lives, Expanse Festival 2022. Photo by Jamie Vedres

“Generations” and “generational stories”: that’s the connective tissue of this year’s edition of Expanse, Azimuth Theatre’s annual “celebration of the body in motion.”

For 2022 the agile festival with the Expanse-ive embrace returns to the live in-person stage Thursday through April 3, after last year’s exclusively online incarnation. And after that, April 12 through 27, Expanse has an Act II — a digital edition that includes much of this lineup, along with curated additions, captioned and with described video options.

For Azimuth’s co-artistic directors Sue Goberdhan and Morgan Yamada, the linkage between generations and their stories is an apt fit. As Yamada says, the pair arrived in their joint gig in 2020 with a question,“how do we inspire the next generation of artists?,” attached to a mission: finding that next generation in marginalized and under-represented communities.

The Azimuth-ian drive towards greater diversity and inclusivity is reflected in the range of offerings at this year’s Expanse, all with ASL interpretation. Marshall Vielle, for example, an Indigenous actor/ director/ drag artist from the Kainai Nation in southern Alberta, brings their show Where The Two-Spirit Lives — “part memoir part drag extravaganza” as billed — to the festivities. “The fun, the energetic spirit” of the show’s dexterity in  intertwining themes of  queerness and colonization was part of the attraction, says Goberdhan of its playful creator and star. Barry Bilinsky directs. 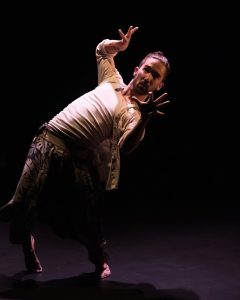 Sansei: The Storyteller, Calgary-based Kunji Ikeda’s exploration of his ethnic roots, the experience of being a third-generation Japanese-Canadian (“sansei” means third), had particular meaning for Yamada, who’s fourth-generation Japanese-Canadian. “It’s a beautiful, super-impactful exploration of Canadian history,” as Yamada describes the piece, which fuses dance and theatre, and leans into humour.

The protagonist of Tune to A, by Carly Neis, Cynthia Jimenez-Hicks and Cameron Kneteman and premiering at Expanse, is a disabled 13-year-old music lover. Designed for young audiences, it was inspired by Neis’s own real-life experiences growing up with cerebral palsy, and negotiating her way through the school system and the theatre world.

Neis co-stars with Michelle  Diaz and Graham Mothersill in the production directed by Patricia Cerra. 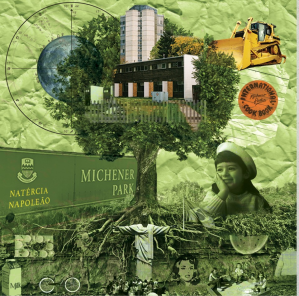 Michener Park, a solo play by and starring Natércia Napoleāo (her playwriting debut), is named after the U of A’s late lamented international family housing complex, now a demolition-in-progress.  It gets a one-off live staged reading at Expanse. The play assembles real-life experiences and stories from a unique international community, to shed light on the immigrant experience in all its emotional complexity. Carmen Aguirre directs.

When you’re out at the festival, happening live in an assortment of found spaces in and outside the Westbury Theatre and lobby in the ATB Financial Arts Barn, expand your Expanse experience by catching The Lobbyists before and between shows. The four-member performing ensemble — Janira Moncayo, Lauren Murray, Colby Stockdale and Zachary Strom — are led by Amber Borotsik and Sophie Healey.

In addition Expanse reaches out with workshops, performance labs, panels and talkbacks.

Show details, tickets (all pay-what-you-will) and the full schedule of events are at azimuththeatre.com. 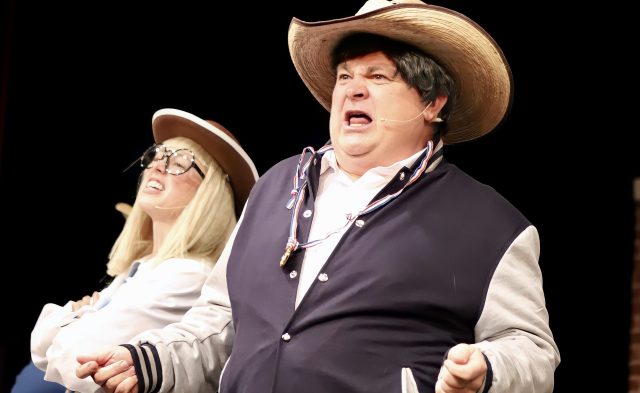 Yup, it’s true (and who could have predicted it?). The most unpopular premier in the country — and the perpetrator of the infamous mantra “the best summer ever” — is the hero of a bona fide hit. And Grindstone is determined to spread the laughter. It opens in Calgary at the Martha Cohen Theatre Wednesday (through Sunday), followed by dates in Red Deer (April 8 to 10), Grande Prairie and Fort McMurray before it returns home to Edmonton April 27 to May 1 at the Orange Hub.

And here’s an art-life synchronicity to make you smile: Jason Kenney’s Hot Boy Summer is playing in Red Deer on the very weekend of the UCP leadership review.

You may have noticed that Alberta leadership has been a sadly neglected subject in musical comedy. Grindstone’s artistic director Byron Martin and composer/lyricist Simon Abbott, co-creators of the show, are on it. So the un-Edmontonian parts of Alberta will get to see the Jason Kenney (Donovan Workun) and the ever-compliant government doctor Deena Hinshaw (Abby Vandenberghe) as ‘80s college kids c. 1983 at Alberta University.

The newly elected Summer Session Students Union President, memorably played by Workun, is a goofball frat boy whose tiny mind is completely consumed with throwing the hottest summer rodeo party ever. In this (and all things) his nemesis is Rachel Notley, played on this Alberta tour by singer-songwriter Dana Wylie. And her boyfriend Justin Trudeau (Malachi Wilkins, who also plays Pierre) gets one of the funniest numbers, a multi-syllabic patter song ode to Ottawa.

Tracy Allard, Tyler Shandro, Sarah Hoffman and the newly even-more-infamous Kaycee Madu are in the show too, in their ‘80s collegiate incarnations. Have a peek at the 12thnight review here. Tickets for all tour dates at at grindstonetheatre.ca.