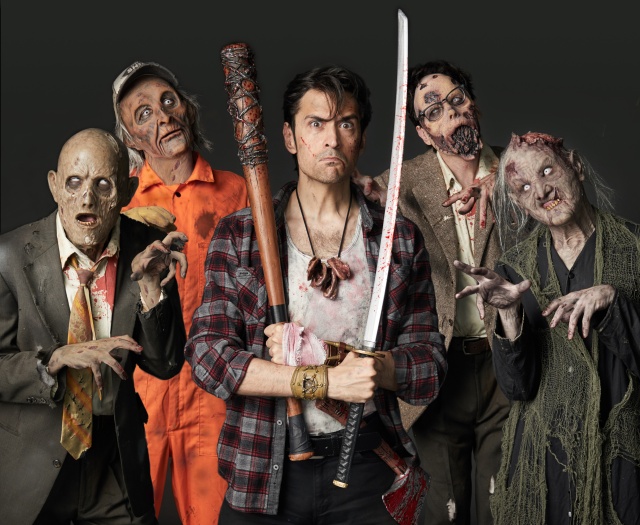 In the ongoing quest to devise a fruitful plan of attack for seeing Fringe shows, one long-time theatre administrator I knew eliminated pre-festival anxiety (and also 99 per cent of her theatre-going activity) by her strict policy of only seeing shows from New Brunswick. I do not recommend this.

I’ve known people to seek out Fringe shows with the most lurid come-hither titles (a risky method). Or the most wilfully baffling, like Tomatoes Tried To Kill Me But Banjos Saved My Life or Bushtits, Shih Tzus & Private Dicks: All’s Fur in Love & Noir. Or an antidote to the above, like the phlegmatically-named Good Improv by an Edmonton company called … Good Improv.  It’s billed, incidentally, as an “original fusion of raw Hip Hop and improvised Sketch Comedy.”

Some Fringe-goers let themselves be won over by fanciful or enigmatic theatre company names (2018 contenders include Soul Pancakes, Cursive Writing, Complaint Department, Clutch At Your Pearls Productions, Squirrel Suit Productions). One of my fellow reviewers of yore deliberately sought out the shows with the most warnings. He would have been all over a show All Proceeds Go to: It’s plastered with warnings about “violence, cartoonish violence, nudity, sexual content, sexual violence, death, adult content, language, eating disorder, body image, drugs, alcohol, religious content, political content, gunshots.”

12thnight.ca has posted a selection of promising possibilities for your consideration: have a peek at those to get yourself started: click here. Here are some other thoughts:

•The loneliness of the long-distance soloist: As you’ll have noticed by now, the Fringe is a magnet for performers who populate the stage single-handedly. (Sometimes you want to call it brave, sometimes crazy, sometimes both).

It’s possible that Charles Ross’s One Man Lord of the Rings, back again this year, has set the bar for narrative complications (he also does a solo Pride and Prejudice and Stranger Things).

The virtuosity index goes right off the grid, however, with the riotous prospect of One Man Walking Dead, “a one-man parody of the zombie TV series spawned by the zombie comic book.” In this enterprise, Mark Meer, who’s one of the country’s great improvisers, and celebrated as Commander Shepard in Bioware’s Mass Effect series, attacks (ha!) a scripted show, one he co-wrote with T.J. Dawe. “One man. Eight seasons. Many zombies.”

T.J. Dawe in A Canadian Bartender at Butlins. Photo supplied.

•The art of the storyteller. The Fringe has attracted some of the continent’s most dexterous. T.J. Dawe, who’s done (and contributed to) more Fringe shows than you’ve had green onion cakes, is one. He’s rueful, funny, and smart. In honour of its 15th anniversary Dawe has revived A Canadian Bartender at Butlin’s, among his best.

Another is New Yorker Martin Dockery, a master at the unspooling shaggy dog structure of storytelling. He’s bringing Delirium to our Fringe. Which sounds like a match.

A  third is the Australian Jon Bennett (see below), the reigning monarch of the domesticated Power Point.

• It’s an unpredictable world out there in the 227-show universe of the Fringe. Hey, even the number of shows can change: two weeks ago, there were 228. I noticed the return of an assortment of Fringe hits I’ve seen and enjoyed in previous Fringe editions And here are four shows of that ilk. Will they be even brighter? Tighter? More fully developed? Maybe (after all, the Fringe is a chance to  to test out and improve bright ideas).

Kitt & Jane: An Interactive Survival Guide To The Near-Post-Apocalyptic Future. Apocalyptic visions don’t come funnier, or more poignant. What do our earthly prospects look like to the young? In this 2014 production from Victoria’s SNAFU, two earnest 14-year-olds imbued with educators’ zeal kidnap a school assembly in order to take charge of our fates. They have an hour to train us how to survive the (very) imminent, and inevitable, cosmic catastrophe.

Jon Bennett: How I Learned To Hug and Jon Bennett: Fire In The Meth Lab. The manically comic Australian performer Jon Bennett, a masterful storyteller and memoirist in the shaggy dog tradition — applies his unique style to matters of romance and family dysfunction. He’s a riveting performer with a rarefied appetite for personal embarrassment and capacity for outrage. He incorporates a hilarious selection of home photos into his free-wheeling Power Points, and his audience participation skills are sophisticated enough to be easeful.

Blindside. Stephanie Morin-Robert’s charmer of a memoir has been here a couple of times, most recently last summer. If you still haven’t seen it, you should. It’s a uniquely graceful, unsentimental, and funny tribute to human resilience — a recollection of a childhood in which she lost her left eye to cancer at age two. She’ll demonstrate (really): it’s that kind of show.

•Making it up. It’s an improv-rich town. There are virtuoso performers here, and they regularly improvise entire musicals (The 11 O’Clock Number), or intense dramatic encounters between humans and programmed robots (Human Machine: Artificial Intelligence Improvisation), or plays set in the ante-bellum South (Big Ol’ Show).

The apotheosis of improv dexterity has got to be TedxRFT. Two brainiac Rapid Fire Theatre stars, Julian Faid and Kory Mathewson will actually improvise an entire TED Talk from a subject suggested by the audience and slides they’ve never seen. Clearly this can’t be possible, which makes it an irresistible proposition.

•Taking a risk: Take your cue from Fringe artists who are stepping outside their chosen turf to try something new. Mike Delamont, for example, the highly engaging comic performer who stars in the hit God Is A Scottish Drag Queen (he has an all-new instalment this year), is adventurous that way. Maybe Baby, in which he co-stars with his wife Chantelle Delamont is billed as a “comedy/drama” and chronicles their struggle to be parents.