The weird world of WASP: A 2thnight Fringe guest review by Todd Babiak 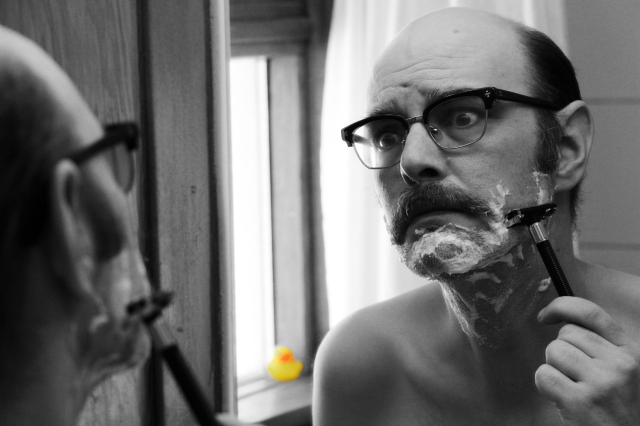 The white protestant family has a lot to answer for and much of it is on display in WASP, Steve Martin’s 1990s take on the 1950s.

Dad is cruel, sexist, and racist. Mom is invisible and grasping for a meaningful life in fantasy. Son is learning not to ask questions and Sis is trying not to be ruined by it all.

This is not a subtle, realist piece of theatre. It isn’t funny in the way the star of Father of the Bride Part II, another example of Martin’s oeuvre from the mid-1990s, might lead us to expect. This isn’t even broad satire designed to make people with liberal arts degrees feel good and awful.

WASP is weird in the way White Anglo-Saxon Protestant America is weird.

Le Fixe presents introduces it as subversive social justice, which is the most obvious and least interesting interlude in the show. What’s fascinating about the world WASP reflects is the lack of emotional clarity, the lack of empathy and understanding between family members — let alone the people who live outside the horror show of the 1950s suburban dining room.

The performances are uniformly excellent, from James Hamilton’s perfectly awful Dad to Jayce Mckenzie as Sis, struggling to rebel.