A wild journey, and an unlikely friendship: Kevin, King of Egypt. A guest 12thnight Fringe review by Alan Kellogg 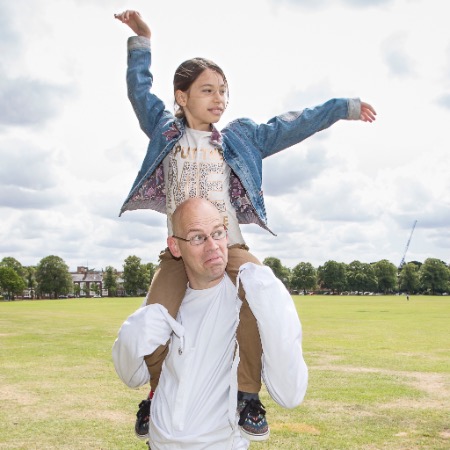 Among other attractions, The West Midlands county town of Leicester has been variously known for potato chips, pork pies and a rather tasty red cheese.

On the Fringe circuit, its claim to fame is monologist Rob Gee, who has parlayed 12 years as a psychiatric nurse into a strong, affecting 6o-minute performance on the vagaries of institutional care and societal imperatives regarding “mental health.”

Edmonton Fringe has a history with Gee and this show, including a CD of the work recorded here in 2016 — and natch, available for purchase, along with the script.

We watch, entranced – Gee is a dynamo onstage — as psych hospital inmate Kevin, who considers himself totally sane, escapes confinement and takes us on his wild journey to regain the throne in Egypt as rightful monarch. There are 13 characters on board, including key personage young Millie. And Gee is very much up to the task of keeping things moving smoothly and comprehensibly, no easy feat considering the manic nature of things. Sometimes – in the spirit of, and certainly not in derivative way — the show reminded me of Christopher Boone’s harrowing trek in A Curious Incident….

And Gee does it all by himself, with nary a prop or special effect in sight. As you walk out, entertained, it will also give you pause to consider how we treat the Kevins of this world.

As a postscript, more kudos for Gee are deserved for personally delivering the standard Treaty 6 opening advisory – a subject of some grumbling in certain circles, let’s be honest – to dramatic effect. There’s something about a kind-hearted visitor’s take on your place that makes the quotidian come alive.