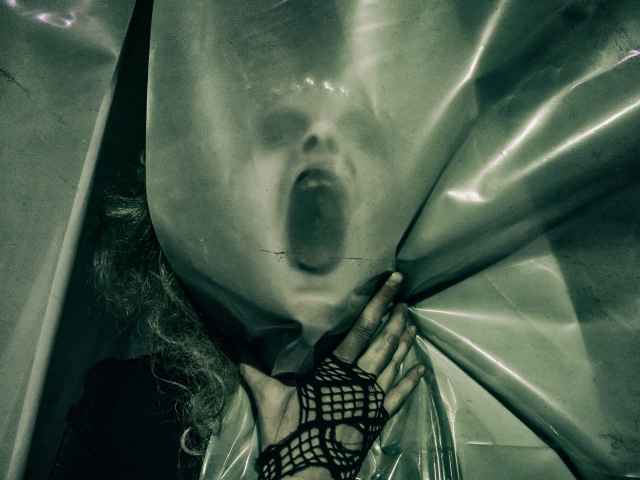 We have a checkered past, my friends. You could say we’re haunted.

For a dozen years now, in the season of ghostly chills, Catch The Keys Productions has been taking us on location, into the boneyard where our civic history and its most macabre secrets lie buried.

In her original Dead Centre of Town scripts, culled by research into Edmonton’s lurid history, playwright Megan Dart exhumes the graves where our long-ignored ghosts are composting, awaiting rediscovery. For the last six years, Catch The Keys has taken us on expeditions to Fort Edmonton Park for its immersive roving thrillers.

Most recently, it was to the eerie vastness of the Blatchford Field Air Hangar. Starting Thursday the 12th annual edition of this grave-robbing Edmonton institution, takes us, 25 at a time, to the most intimate of sites, the Mellon farmhouse at the top of 1920 Street.

The Mellon farm is an intriguing location for a haunting, Dart explains. The house is “one of the few buildings at the Fort on its original plot of land,” which amounted to some 148 acres. The owner was John J. Mellon, an hotelier who owned the Royal Hotel in Old Strathcona in the early 1920s. “Shortly after he passed, it became a rental property…. It has belonged to everyone, and no one.”

Dead Centre of Town XII, the only show of the season with a “scare manager” (Kiidra Dunhault), capitalizes on that unnerving impermanence for its storytelling shiver, says Dart. After last year’s “mammoth operation,” with its cast and crew of 26, the Mellon farmhouse edition seems like a close-up — though of course seven performers and a running crew of six (including the playwright) hardly counts as petite, especially in indie circles. “We discovered, hey, we much prefer smaller spaces,” laughs Dart of an intricate production that haunts the house, and surrounds it, in the garden beds and “a big beautiful barn.” 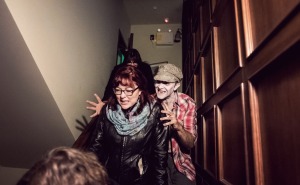 In short, therefore, a wealth of possibilities for the theatrical creativity of special effects specialists Kat and John Evans, engineer-by-day Ian Walker, “our impossible machine wizard” (as Dart puts it mysteriously), and sound effects “magician” Michael Caron who (like cast-member Adam Keefe) has been exercising his wits with Dead Centre since year #1. The vagaries of power sources at the Fort mean that nocturnal ingenuity is a pre-requisite. Let’s just say flickering firelight comes dramatically into its own for Dead Centre Of Town.

The three spine-tinglers unearthed from history by Dart for Dead Centre of Town XII, date from the period 1918 to 1929. And they include this pulse-quickener: “Alberta’s largest unsolved mass murder.” There was a suspect for the  killing spree — Grande Prairie-based, with an Edmonton connection — that left six dead had a killer suspect. “Two guys were acquitted, a large sum of cash was involved,” says Dart. “The police bungled the case rather magnificently.”

The death of a young girl by poisoning in 1929 is the second of the trio of stories. And the third, spun from an urban folk legend, involves “a woman in white who haunts a house in Old Strathcona.” Says Dart, “We think of the play as her purgatory.”

The up-close chill of edition XII, with its audiences of 25, means more nightly performances. By the end of the run Nov. 1, Dead Centre of Town XII will have clocked 80 shows, four performances a night for three weeks. No wonder the producers (and the cast and crew) call it “the Iron Man of theatre.” And all but two of the cast have multiple editions to their credit of the Catch The Keys enterprise that got its title from the  gruesome nickname of yore for the intersection of Jasper Ave. and 109th St.

That’s where the first Dead Centre Of Town, designed to be a one-off, happened 12 years ago. One of Edmonton’s first mortuaries stood on that fateful corner, surrounded by coffin shops and embalmers; it was where the train stopped to unload the bodies of soldiers during the assorted wars of the last century. When Megan and Beth Dart, the sibling muses of Catch the Keys got the bright idea of a morbid historical resurrections, it was a nightclub near their apartment. Since then Dead Centre of Town has happened in ex-cinemas, in former tinsmith shops, in saloons, in a defunct train station, a ghostly defunct carnival midway….

“I was convinced this was the year we’d run out of stories,” says Dart, who says something of that sort every year. Just before her own researches prove her dead wrong.