What does it mean to live here? A tiny sneak preview of rehearsals for The Garneau Block, coming up at the Citadel 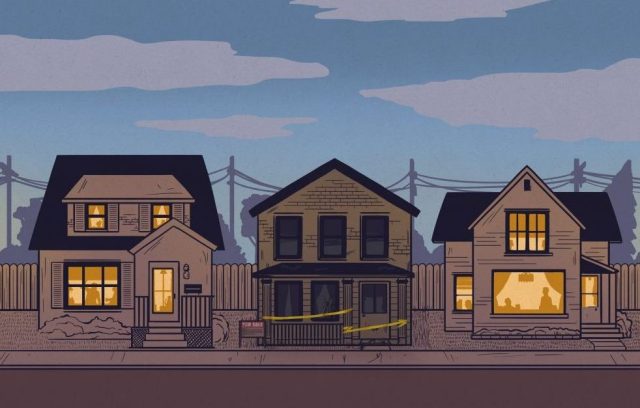 What saves us is our sense of community: theatre has always known it. Cities have to learn it. And coming up is a new play about Edmonton, by an Edmontonian, for an Edmonton audience, that’s all about what it means to live here.

For a brief moment Tuesday morning, I got to be a fly on the wall in the Shoctor rehearsal hall as introductions were made and work got  officially underway for the Citadel premiere of The Garneau Block, Belinda Cornish’s stage adaptation of the Giller Prize-nominated 2006 novel by Todd Babiak, novelist, satirist, polymath, creative thinker, sometime journalist (and a great friend of mine, who has written Fringe reviews for 12thnight.ca!).

The secrets of the rehearsal room are safe with me — unless it’s a secret to reveal a sunny, ebullient mood. Three dozen-plus people (and three dogs) gathered for the meet-and-greet, as Citadel artistic director Daryl Cloran was there to welcome director Rachel Peake (the theatre’s associate artistic director), the award-winning playwright (actor and improviser) Cornish, and the actors, who include such Edmonton faves as Rachel Bowron, Julien Arnold, Nadien Chu, Stephanie Wolfe, George Szilagyi, plus actors now based elsewhere who went to theatre school here (and lived for a time in Garneau!). The creative team, including designers Narda McCarroll, Joanna Yu, the production staff, company manager Peni Christopher, stage manager Molly Pearson.… they all had things to say about community and neighbours, and where they live.