Looking for a sign: Hayley Moorhouse’s Bird Signs at Nextfest 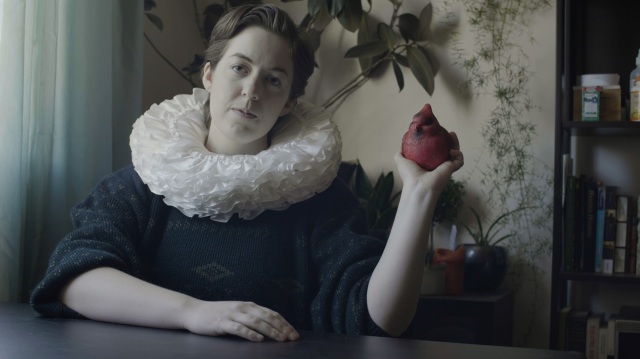 See that bunch of sparrows hanging out on the cable that goes to your house?

Obviously it’s a signal from the cosmos vis-à-vis your career plans. Yes, you should definitely apply for med school, or become a Presbyterian, or learn Finnish. Unless, of course, it’s a sign you absolutely shouldn’t. 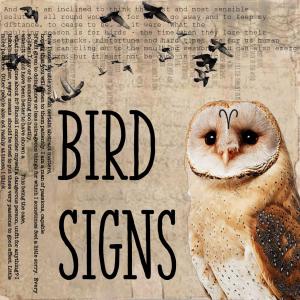 The solo play that joins Nextfest’s online 2020 edition Saturday night is a funny exploration of that human urge to ferret out order and meaning from chaos and randomness. Bird Signs, says playwright/ actor Hayley Moorhouse, “came out of thinking about signs from the universe and how seriously people take that sort of thing.”

Some people read the signs as a way of “progressing, breaking stagnation, making a change,” she says. “The flip side is the people who can’t do anything without a sign telling them it’s OK. It makes people afraid to take the next step without one.”

“I hesitate to say autobiographical, because that sounds really serious,” laughs Moorhouse, who’s droll and quick-witted in conversation. But she does concede that “it’s pulled from stories and moments in my own life….” The character we’ll meet in Bird Signs is “a heightened version of myself.”

Moorhouse is remembering a moment of seeing a lot of birds that  “appeared in weird ways that seemed significant….” The train of thought took her along a route that  arrived eventually at a play about “how powerful that is, the impulse to find meaning in something that’s a total coincidence….”

“I have a very deep fear of being boring,” says Moorhouse, a smile in her voice. “A day when nothing interesting or cool happens is a downer.… It’s too much pressure on the world to cater to you.”

One of Nextfest’s inspirational features is the way it follows its emerging artists forward. At last year’s Nextfest Bird Songs debuted as a workshop production. This year, when the entire massive festival has of necessity gone online, Moorhouse (and director Izzy Bergquist) have had to wrap their wits around a screen transformation for the show. The result, she thinks, is “a weird little art film!” 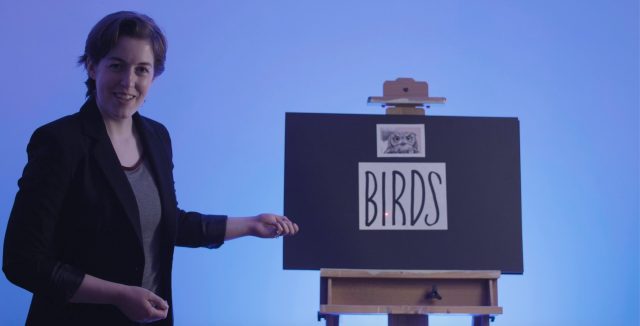 “We’ve taken the opportunity to trim the 45-minute piece to 10 minutes, and tried to keep the tone, the same comedic levity,” says Moorhouse of their collaboration with emerging filmmaker Bob L’Heureux. “Since Bob knows a lot about film, and Izzy and I knew nothing, we thought maybe shorter would be better.” And there’s this: “consuming theatrical content online is really difficult,” she sighs, on the subject of shortened attention spans.

For Moorhouse, like Bergquist a 2018 U of A theatre school grad (in acting and stage management respectively), it’s been a year of propelling stage pieces into different forms for different platforms. She was one of the nine artists who created personal scenes and performed them from their homes for Vena Amoris Projects’ live interactive online production Tracks. It was, she says, a fascinating experiment in live-streaming. And virtuoso on-the-spot problem-solving was de rigueur on a nightly basis. “In a regular (stage) show there are only so many things that could go wrong. With Tracks there were SO many things that go wrong — wi-fi signals, computer crashes, things beyond your control…. “

And the podcast world opened itself to her, as well. Moorhouse’s play Suspension, which premiered at the Fringe last summer, is part of Cardiac Theatre’s ongoing Alberta Queer Calendar Project of monthly podcasts.  “I like it as a podcast,” she says of “a cool opportunity to focus on audio elements, and the text.”

And now, a film version of Bird Signs: Moorhouse is delighted. “Bob (cinematographer L’Heureux) knows how to find cool shots, and spaces,” she says. “Izzy and Bob are both visual people, amazing at finding great images.” Most of the footage was filmed in Bergquist’s apartment, with “fun outdoor shots” added after that.

“It’s really new for both of us,” says Moorhouse of this debut venture into pre-recorded film with Bergquist (who’s making her directorial debut with Bird Signs). “To make something and see what happens!”

Both play and film are “very self-aware,” she says. “Onstage it’s me saying ‘I know this is a play; I know I’m talking to an audience’. On film that becomes ‘I know this is a video I made for Nextfest … we’re trying to make it immediate, and I don’t know how’. I say that right to the camera’.”

“It’s a cool thing to not sneak around that…. the first step is to be really honest about what we can do right now.”

Written and performed by: Hayley Moorhouse