Making space for a new generation of arts leaders: Vanessa Sabourin and Kristi Hansen walk the walk at Azimuth

If there ever was a moment in the life of the performing arts when the past didn’t seem to provide an automatic template for the future, this might be it. Change is in the air (and the rhetoric). And Azimuth Theatre is doing more than breathing it.

The adventurous little company whose reinventions are dramatic, and happen with every project, has opted to embrace that challenge in a tangible way. Co-artistic directors Kristi Hansen and Vanessa Sabourin are leaving their joint leadership position at Azimuth — to create “opportunity for regrowth” and “to make room for more leadership from the IBPOC communities.” Their job will be posted June 30.

“Azimuth is a great company for up-and-coming arts leaders to learn how to lead,” says Hansen, who took over the company with Sabourin in 2017. “That’s what Vanessa and I did….” The pair arrived from their joint indie venture The Maggie Tree (Sabourin, as well, had been artistic director at Calgary’s Urban Curvz). “And the board took a huge chance on us,” Hansen says. “They were very supportive. And the company is so agile. It can be whatever it needs to be.”

“It felt very difficult for us to say we believed in change, and still maintain our positions of power and decision-making…. We’re moving to supporter-ship,” she says. “At a moment when there’s been such a deep disruption in all our rhythms, it’s an opportunity for someone to lead, to say ‘I bet you could do this!’….”

In the Black, Indigenous and POC (people of colour) communities, “there’s been so much leadership happening that just doesn’t get recognized … they’re still not in a position to actually make decisions.”

“We’d been talking about making the change in the next two years,” says Hansen. “Now just seems to be an apt time.” What makes the moment so auspicious “is that there are some very exciting young arts leaders, and creators, coming out right now that are so inspiring to us….”

Hansen points to a new and impressive generation of theatre-makers from marginalized communities. One example, she says, is Colin Wolf, the new artistic director at the Indigenous-centred Gwaandak Theatre in the Yukon. “Here’s a young person with a lot of great ideas and adaptability, who has what it takes to lead, inspired by Indigenous practice and principles.”

All That Binds Us, workshop. Photo by BB Collective Photography.

An Azimuth project slated for September, All That Binds Us, which had developmental workshops this past December, has assembled “an amazing group of (Indigenous) artists from all over Turtle Island,” Hansen says of other Azimuth collaborators. She mentions as well, such artists as Reneltta Arluk, head of the Banff Centre’s director of Indigenous arts; Nasra Adem, founder of Black Arts Matter; Chris Dodd, founding parent of Sound Off, the country’s only deaf arts festival, like BAM also part of the Chinook Series.

In their time at Azimuth “we tried to go back to the company’s roots, ‘to create and present performance that examines society with a critical gaze’” says Hansen. “We joined an organization with a history, feeling a lot of responsibility to shepherd and to serve.” Says Sabourin, “social activism is part of its fibre; it’s how it was built, for engagement with social issues, to be service to the community, not just as a theatre company to show you stuff that’s cool….” 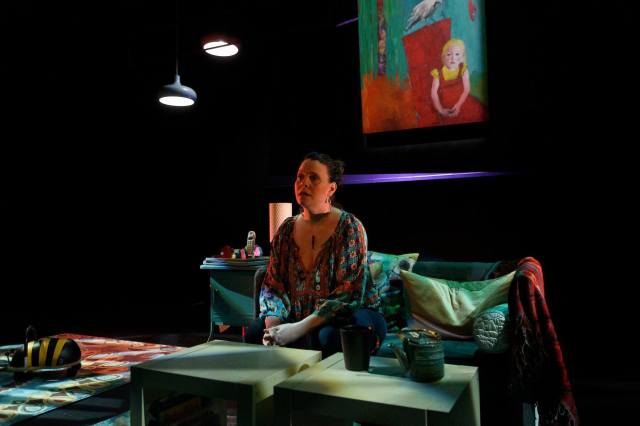 The Azimuth archive under Hansen and Sabourin is full of work you could easily call plays, and experiments that resist easy categorization — dance/theatre hybrids, workshop ventures, an escape room, master classes…. “We’ve tried a lot of stuff,” says Hansen. “Some of it worked; some didn’t.” Their best ideas, they both think, came out of innovative partnerships. 19 Weeks, for example, an Azimuth collaboration with Northern Light Theatre (starring Sabourin), brought together two companies with very different ways of “engaging with work,” as Hansen puts it. “For Northern Light, it’s more about presenting a subject and having it speak for itself. Whereas we want to have discussions. And they were so good about accommodating that.” 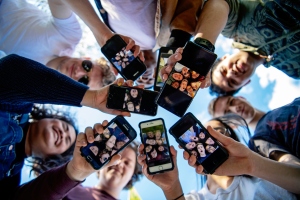 Their prevailing idea, says Sabourin, was always “building relationships.” The Snow Queen — theatre in escape room form — was a 2018 Azimuth engagement with high school kids, and with technology. “After all, it’s a show about growing up,” says Sabourin of the Hans Christian Andersen tale. The Azimuth initiative paired kids with mid-career artists, “for a cross-generational experience of artists working together.”

Expanse, originally a festival oriented more exclusively to movement and dance, took on different dimensions under the Azimuth flag, with the inclusion of of Indigenous, disabled, and Black artists. 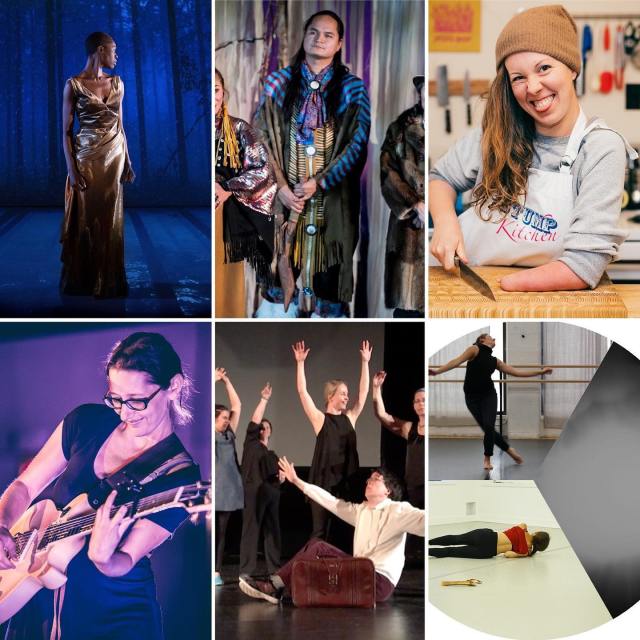 The company’s Sunday morning Performance Labs, a pay-what-you-can initiative designed to remove barriers to training, was another success. “We wanted to provided opportunities for many kinds of learning, and teaching. Who gets the opportunity to teach?” says Sabourin. “It was a chance to build community in meaningful ways, not just ‘I want something from you; come and serve my vision’.”

The pandemic lockdown cost Azimuth another collaboration, the May premiere of Tell Us What Happened by Michelle Robb, a co-production with Theatre Yes.

Sabourin says, “I’ve really enjoyed bringing people together, and putting together projects. The opportunity to create … chaos. The unknown. The unpredictable. Putting ingredients together and letting them interact. They’ll have a theatrical relationship with each other you can’t predict. I love that!”

“It’s time for new voices and new leaders to be guiding the ship,” says Hansen. Their exit into support roles is about ceding the decision-making to others, Sabourin says. “It’s not about off-loading work….There are people out there who can take this and FLY!”