‘Welcome Home’: Teatro is back and live at the Varscona 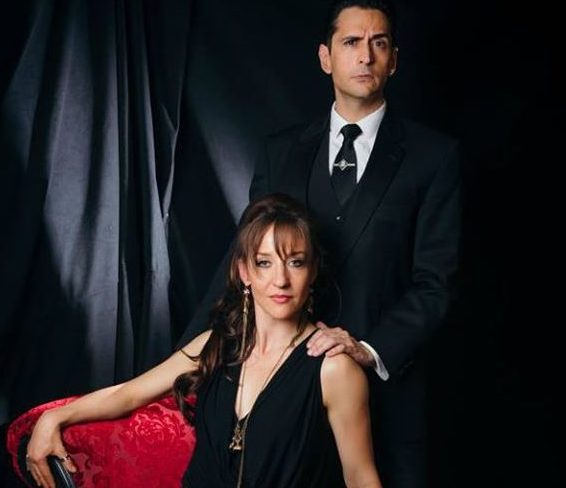 After catapulting its entire 2020 June to October season a year into the future, Teatro La Quindicina returns to their natural home, the Varscona Theatre stage, for the next three Fridays.

They’re back “with cautious aplomb and flamboyant vigilance” as billed (which sounds like a stage direction in a Teatro screwball). What’s on deck is an experimental live variety/concert/magazine show to celebrate the occasion. Welcome Home comes with all the festive trimmings — like singing, dancing, and a real live in-person audience (all with strict COVID protocols in place). Ah, and a “new non-contact playlet by resident playwright Stewart Lemoine.

Teatro, it must be said, has never really taken to Zoom and platforms of that ilk. When other theatres did online staged readings or live streamed events during these strangest of summers, Teatro sent out scripts of Lemoine comedies for its audiences to read.

“We’re trying to not let the building go silent,” says Lemoine modestly of the venture. The only theatrical event that’s happened in person at the Varscona so far is Plain Jane Theatre’s Scenes From The Sidewalk: An Inside Out Cabaret, which had us, the audience of 20 distanced, masked, theatre-hungry souls, in the lobby looking outside the main street window at the performers singing and dancing outside on 83rd Avenue. “Joyful and ingenious,” as Lemoine says.

And now there’s a new Teatro variety venture for an audience of 45 or so (depending on the exact configuration of audience groups) inside the 200-seat steeply-raked theatre at the Varscona. Tickets are free; donations are encouraged.

The glamorous co-hosts are couple Belinda Cornish and Mark Meer. And the cast of physically distanced triple-threats are Andrew MacDonald-Smith, Steven Greenfield, and newcomer Chariz Faulmino, who would have been in the Teatro musical Everybody Goes To Mitzi’s this past summer had the world been different.

As for the new Lemoine playlet, Poking The Dragon – A Lockdown Experience, its theatrical premise, as the playwright describes, is epistolary, a perfect form for this pandemical epoch. It isn’t the first time Lemoine has ventured into correspondence for his theatrical storytelling. Love Litigants (1998), for example, is a series of letters spun from a one-night stand between a student and a cashier. The Hudson’s Bay Story, revived occasionally for Teatro New Year’s Eve shows, is an exchange of letters between head office and an increasingly disgruntled Bay employee who’s taken offence at Eydie Gormé’s version of Sleigh Ride, played every morning before store opening.

Welcome Home, made possible by EPCOR’s Heart and Soul fund, is “our opportunity to experiment with what’s possible,” says Lemoine simply. “We want to catch up with people…. To perform or to witness is a privilege.”