Have you seen Minerva? Further thoughts on what to catch at the Fringe 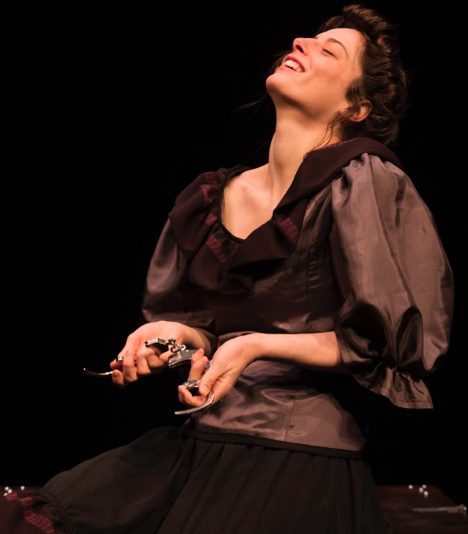 Miranda Allen in Minerva – Queen of the Handcuffs. Photo by Marc J Chalifoux.

Take a chance! True, the kingdom where the wild things fringe is unpredictable. By very definition. Check out a selection of promising, intriguing what-to-see prospects for your fringing in the companion piece HERE.

But there’s this: In browsing the record-breaking lineup, 258 shows (up 30 from last year’s edition) at the 38th annual edition of the Fringe, I’ve noticed a few  productions I’ve already seen and liked — at other festivals, at other editions of the Fringe, at other Fringes. Will they be refined, re-thought, re-worked? Dressed up? Dressed down? Maybe. Probably. That’s what artists do. But here’s a smallsampling for you to consider:

Minerva – Queen of the Handcuffs. A fascinating play (by magician/ illusionist Ron Pearson) with a fascinating star. In Bradley Moss’s production, which premiered this past season in the Roxy Performance Series, actor/ escape artist Miranda Allen plays the real-life Edwardian escape artist Minerva Vano, whose sensational prowess (and novelty as a woman demonstrating it) made her a rival of Houdini. Have a peak at my review HERE.

Boy Trouble. Mac Brock’s play, affecting and funny, premiered at this year’s Nextfest. Max Hanic, an impressive newcomer to the scene, stars as a 17-year-old gay kid who’s emerging into the treacherous world of online dating. He turns in a witty, rueful, self-aware performance. See my preview HERE.

My Dad’s Deaths. The title sets the tone of storyteller Jon Bennett’s wry memoir of a troubled relationship with his dad. He has a signature way, skeptical and edgy (but with heart), of moulding the personal into something shareable.

Blindside. If you’ve somehow missed Stéphanie Morin-Robert’s memoir of  growing up different (she lost an eye to childhood cancer) in several reappearances at the Fringe here, most recently last summer, you have another chance. Blindside is funny, touching, unsentimental (a perpetual winner of the Fringe’s ‘fearless use of a prop’ award). 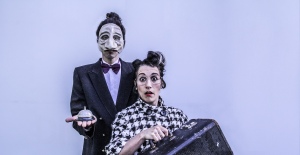 The Legend of White Woman Creek. The Brooklyn duo The Coldharts return with this 13-song cycle of love, betrayal, and revenge that is also a dexterous piece of gothic storytelling. A mesmerizing show.